What Would Wilberforce Do? 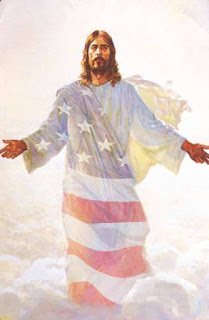 [Part 14 in the Jesus Untangled Series]

On July 26, 1833, the Abolition of Slavery bill passed in the House of Commons. A messenger rushed to Wilberforce's house and told him that his three decade-long battle to abolish slavery in the British colonies had succeeded. Three days later, William Wilberforce died, his life’s work complete.

As I’ve been writing a series of articles on why Christians in America need to untangle themselves from politics and return to their first love – Jesus – as a means of impacting and transforming the culture, several people have asked me what I think about William Wilberforce and his political struggle (as a Christian) to end slavery in the UK without bloodshed.

Honestly, I’ve pondered this for a while now. At first blush it appears that the work of Christian men like Wilberforce and MLK provide a strong rebuttal to my call for Christians to abandon political aspirations completely.

But after some thought I think I’ve identified a few reasons why the work these men did cannot be compared to our modern situation.

The big difference is this: Wilberforce was focused on advocating for the weak and the oppressed (slaves) who could not speak up or defend themselves against a system of exploitation, greed and corruption, of which he was an unwilling member.

Furthermore, as a Christian, he was greatly troubled by how his faith and scripture was being mangled to justify the treatment of other human beings who were held against their will and used like animals.

In contrast, Christians today are using political power and influence to protect themselves – not an oppressed group of people who have no defense against tyranny and abuse.

What's more, American Christians are seeking to impact their culture through the legislative power of the State rather than by actually loving and living and serving others the way Jesus commanded.

Wilberforce wanted to leverage political power to set others free. American Christians want to use politics to empower themselves. Big difference.

So, to compare the selfless, sacrificial work of William Wilberforce to abolish slavery on behalf of an oppressed people with the selfish, fear-based paranoia of today’s politicized American Christianity is foolish, and practically obscene.

Wilberforce and MLK did more than vote or push for legislation. They, and others like them, marched. They stood up to corporate greed. They endured serious persecution, and sometimes even physical violence, so that others might be set free. They risked their reputations, even their lives and livelihood, to make life better for other people.

They took their eyes off themselves and saw the suffering of others around them. They invested their very lives into improving the lives of others.

If American Christians would be willing to lay their lives on the line and risk personal injury in defense of the most weak, marginalized and exploited people around them, then we might find cause to equate their political wrangling with the valiant efforts of people like MLK or Wilberforce. Until that day, their lust for political power is the farthest thing possible from the historic abolition of slavery and systemic racism on behalf of others.

The sort of political entanglement the Church finds Herself in today is more about advancing the agenda of a specific party, not about helping the weak, the poor, the immigrant, the outcast, the orphan or the widow. Instead, the Church has become more interested in helping to elect a certain breed of politician who cares more about corporate interests and protecting the interests of the rich and powerful.

Finally, if we look closely we will find that the very same enemy that fought the hardest against Wilberforce and his efforts to end slavery is today the greatest ally of the politically-entangled American Christian Church: Money-hungry Corporations.

A modern day Wilberforce would fight with his last breath against the entangled Christian Church.

We should do the same.

Part 1: "Jesus Untangled"
Part 2: "Who Are We?"
Part 3: "Why Do People Think I'm A Liberal?"
Part 4: "Still Embracing Constantine?"
Part 5: How American Evangelicalism Has Been Exploited, by Ross Rohde


Part 7: "What Would Jesus Say About The American Revolution?" by Chuck McKnight