Ross Rohde: How American Evangelicalism Has Been Exploited 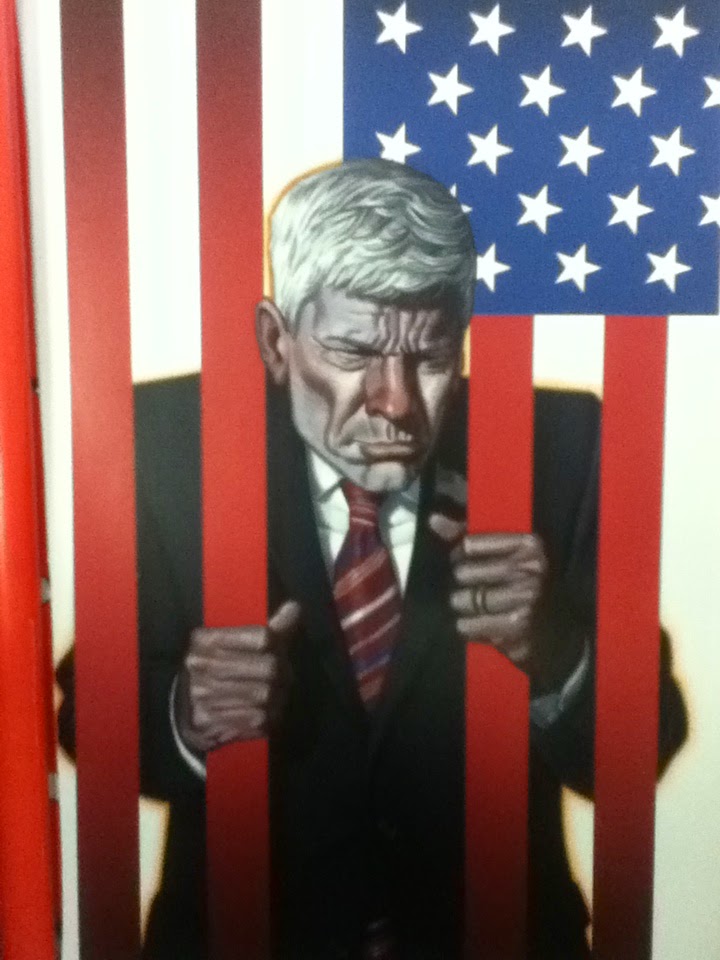 NOTE: This guest post by Ross Rohde (author of Viral Jesus) is Part 5 in our "Jesus Untangled" series:

I have noticed, frankly, that most American Evangelicals have become so taken with the philosophy of right wing politics and American nationalism that they don't realize they've become compromised as Christians.

In my opinion the Republican party has prostituted the American Evangelical church. They own us and our thinking. We end up holding values that are counter to the values of Jesus because they've got us thinking along their paradigms rather than us evaluating everything according to the stated values of Jesus and the example of His life. The attached video shows that process in painful detail with a number of interviews from Evangelicals who were part of the process. The following is a synopsis of what happened.

We Evangelicals began to compromise ourselves because in the early 1980's the Republican Party told us we were important to them. In fact, it was Ronald Reagan who groomed the Moral Majority, Jerry Falwell and Francis Schaeffer over the issue of abortion. They told us they would work towards overturning Roe vs. Wade. It's been 43 years since Row vs. Wade. How faithful have they been in fulfilling their promise? Now the same issue is happening with the anti-homosexual political agenda. Pay attention. That is losing them votes now, and they are turning against it as fast as they can; all the while still pretending to be on our side. That's grooming.

I'm going to say something harsh here, but I think it is true. In my opinion the Republican Party is treating the Evangelical church like a pimp treats a girl he has groomed. First he tells her he wants to be her boyfriend and he's in love with her. He pays attention to her and complements here. Then over time he tells her if she loves him she'll "help him" i.e. violate her morals in the name of the "relationship." Eventually he gets her to the point that she does anything he says, and thinks whatever he tells her to think, but she gets nothing out of the relationship other than her own violated morality. All the while she is thinking he's in love with her, becoming so deluded that she thinks he's protecting her.

That's were we are now with the Republican party. We do what they tell us. We think what they tell us to think, even when it is clearly the opposite of what Jesus said. But we actually get nothing out of the relationship but them telling us they love us, "Now, go violate your morals again, think what I tell you and not according to what Jesus said. Jesus really didn't say that. Or he didn't actually mean that. Now it's different. Just think what I tell you to think."

I think it's time to go back to our Bridegroom. I think the most appropriate book of the Bible right now for the American Evangelical Church is Hosea. And, before you go there, I'm not suggesting that the Democratic party, or the Libertarians or European socialism is the answer.
WHEN A MARRIED WOMAN REALIZES SHE'S BEEN PROSTITUTED, THE ANSWER IS NOT TO FIND A BETTER PIMP, ITS TO GO BACK TO HER BRIDEGROOM.

Am I angry at the Republican Party? Absolutely I am, because they have prostituted the Bride of Christ. But does that mean I think some other political party will help us? NO! They'd love to prostitute us too. We need to go back to Jesus. And we need to be very careful we don't evaluate any moral, value or action based on anything other than Jesus' values and example. We need to quit thinking through the Republican and nationalism paradigms. Because if we do, all we are showing is we've been compromised.

Here is a link that shows the political grooming in painful detail, along with interviews from Evangelicals who were part of the process and saw it all first hand.


Part 4: "Still Embracing Constantine?"
Part 5: How American Evangelicalism Has Been Exploited, by Ross Rohde
Part 6: The Entanglement Agenda
Part 7: "What Would Jesus Say About The American Revolution?" by Chuck McKnight
Part 8: "Ambassadors of Contrast"
Part 9: “AWOL Christian Soldiers”
Part 10: "The Elephant In The Church"

Email ThisBlogThis!Share to TwitterShare to FacebookShare to Pinterest
Labels: #jesusuntangled, #UntangleJesus, following Jesus, Ross Rohde, the gospel of the kingdom

I can not thank you enough for that video..it was extremely informative