I thought we agreed it wasn't going to be advertised? 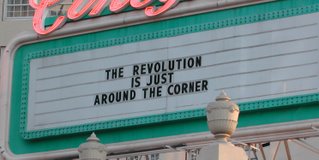 Due to recent events, I've started scheming about putting together an "Anti-Conference" sometime soon.

I started thinking about putting together the sort of conference that I might actually want to go to myself (since I personally hate conferences and yet promoting conferences has been my job description for the last 3 years).

So, at my "Non-Conference" or "Anti-Conference" for example, we'd meet in a large, empty warehouse or an aircraft hanger or a gymnasium and there would be a giant rack of folding chairs at the front door where everyone would grab one on the way in and sit in a giant circle.

We'd have keynotes like Jackie Pullinger (oh, yes), and Scott Bartchy, and others who aren't "safe" for most church conferences)....and we'd have a big name musical guest like Matt Redman but it would just be him in the center on a chair with an acoustic guitar leading us in worship, no big band, no hype, just simple worship...and none of our keynotes would be allowed to speak beyond 15 or 20 minutes without turning over the microphone to anyone in the audience who had a question or a comment. It would be the most interactive thing ever.

The more I think about this the more jazzed I get about it.

I think the theme would be along the lines of living in the Kingdom and what daily taking up your cross really looks like.

After visiting a local conference the other day (there's a bit of that in the article below -"Future Faith", btw.), I just got sick of keynote messages that don't challenge us or inspire us or give us any practical steps to live out the Gospel.

Sorry....I've got one of those "wild hairs" now and I'm certain it will eventually find it's way out of my head and into the real world. 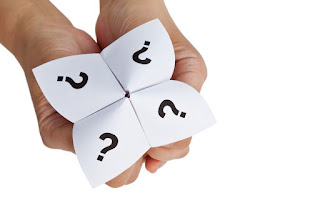 I just met with John O'Keefe of www.ginkworld.net tonight at the "FAITH FORWARD" Conference, which is about six blocks from my house at the Crystal Cathederal.

Honestly, I think something is wrong with me. I am just so DONE with the talking head, listen to someone pontificate for 45 minutes in a large group, concept of teaching or learning.

I can't sit still for it.

A pretty famous "Emerging Leader" gave an address to the crowd and it was just, (forgive me), a gigantic waste of life.

My guess is that no one at that conference will go home after hearing that talk and do ANYTHING signficant in their life or the world they live in.

Am I the only one who has moved on?

Yet, I am currently working to help promote a 2-day conference which will have pretty much non-stop talking-head keynote addresses and workshops stacked on top of workshops for hours on end.

Is this irony? Is this God's sense of humor? Or is this insanity?

Attending a conference, or listening to another sermon, is NOT one of those ways.

Barna says that the future is the house church. I hope he is right, but I suspect he's not. I think that most smart pastors will start to ask why people are leaving their traditional form of church and begin to develop solutions to keep them from leaving.

I call these future forms of church "Hybrid Churches". They will be somewhere between the community-based, peer-led forms of church that the simple, organic, and house church people have discovered and halfway near the emerging, artsy, social justice form of traditional church where the beautiful college crowd likes to hang.

Still, maybe we're all wrong about what the future of the Church looks like. The truth is that there is still a very large majority of that old, modern, traditional form of church that so many of us find boring, out-dated and sometimes even offensive.

This form of church is still the largest segment of our Christian society (or sub-culture). They control the media. They own the large television stations, they own the "safe" radio stations around the nation, they own the publishing houses and they record the songs that make us sing every Sunday morning.

I don't think that the fringe movement, call it emerging or revolutionary or first-century, whatever...I'm not so sure that our momentum will carry us through to permeate the entire cloth of American Christianity.

I wish that was our future. I hope that eventually all of the old guard will die off and be replaced by the new, forward-thinking, outward focused, Kingdom-living, follower of Jesus. But, there is still a very great chance that, twenty years from now, the Church in America will STILL look exactly as it does now, but with more diversity, and perhaps greater division and polarization of extremes.

What the world needs now is not another sermon. Or another conference. It does not need a better Christian televison station or a more progressive form of church.

What the world needs now is for the Kingdom of God to break through our collective consciousness and transform us all into eager disciples of Jesus.

We need to re-discover the Gospel that Jesus came to proclaim, not the one we've turned into a bumper sticker or a sound bite.

We need a fresh injection of pure, hard-core Jesus.

This will sting a little.... 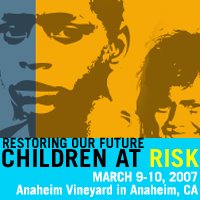 Featuring over 30 speakers from 12 nations, with 28 workshops and break-out sessions and representatives from the United Nations, International Justice Mission, World Vision, and many, many more!

MORE AT:
http://www.children-at-risk.com
Posted by Keith Giles at 4:12 PM No comments:

I can't believe what a year this has been. Only now, here at the end have I started to understand what God might be trying to accomplish in my life.

Since the end of June I've been out of regular, full-time work. Mostly we've survived by the graciousness and giving hearts of our friends and family, Wendy's teaching job, and my ongoing work as a temporary employee at various assignments around town.

When it first became apparent that I wasn't going to get a new job right away, Wendy and I both wondered what God could be up to. We both thought, "We've already been through a time of testing like this once before. Haven't we already learned this lesson? Why would God need to put us through this again?"

Now I realize that this reaction itself revealed my spiritual pride. As if I had nothing to learn about humility from God.

Lately I've been working at a real estate investment firm and sitting for hours on end doing monotonous data entry and repetitious address clean-up. It's become a real struggle for me to sit at my desk, hour after hour, and do my best while my flesh is desperate for even the mildest stimulation or break in the monotony. This has been my cross. Literally, God has been using this assignment, and the others before it, to lay me down upon the cross and nail my flesh into submission.

Recently I came across a great quote from one of my favorite spiritual writers. Here's what it said:

"It is doubtful whether God can bless a man greatly until He has hurt him deeply." — A. W. Tozer; "Glorify his name! Root of the Righteous" Chapter 39.

I know that God has something for me and that in His time He will reveal it and provide this new job. Until then, my calling is to learn to submit to Him in humility and obedience.