Our True Source of Liberty by Ross Rohde 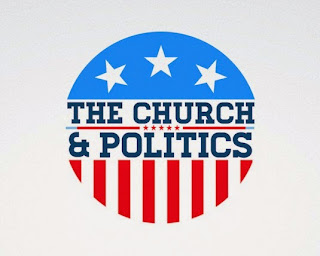 [Part 12 in the “Jesus Untangled” Series]
Many Christians feel the need to fight for their liberty. But this liberty they talk about; don't they already have that in Christ? Is some political party or political leader going to give you more of that? Is there anything that Jesus and the New Testament warns us will be taken from us if the socialists or the fascists or the communists or the Democrats are in control? Will anything be taken from your relationship with Jesus if the economy goes belly up and we enter a new depression? We may not want any of that to happen, but my freedom isn't impaired by any of that. The "freedom" these Christians are talking about isn't worth a bucket of warm spit from a biblical perspective. [Excuse the graphic example.]

Too many of us are thinking through worldly paradigms. We are listening to the manipulators that are playing our fears that the boogie man is coming. Currently for Republicans his name is Obama, or Obummer, or...soon it will be Hillary. We fear that they are going to take away our constitutionally-given freedoms.

Keep in mind, the Christians we read about in the New Testament were living in a much more repressive society than any Democrat or Republican might be thinking about or planning for. Those Christians were free, even if they were slaves. Get your head out of the worldly paradigms of Republican thinking. Others may need to get out of the European Socialism paradigm or the Libertarian paradigm or the Democratic one.

As long as we are thinking through the paradigms they give us we are easy to manipulate.

I'm free.  If I were in prison, I'd still be free.  I'm only a slave when I allow others to give me a worldly paradigm and get me thinking the way they want me to think.

Right now the American Church is enslaved to the Republicans and those who pull the strings in that party, for the most part. There are a few who are under the ether of the Democrats and some the Libertarians. Some are trapped in the Christian Dominionism nonsense of how America and its Constitution are ordained of God, and how America is founded on biblical principles so the “new saints”, our Founding Fathers, have made the United States a shining city on a hill, yada yada.

None of this points to Christ. It points to boogie men or political heroes. It points to the "right party" or the "wrong party." It points to the Constitution or Founding Fathers. None of these things point to Christ. Such people are slaves to someone else's thinking instead of being true bond slaves of Christ. But they think such things are actually going to help them.

If we don't evaluate those paradigms with the example of Jesus’ life, his word, his values and most importantly his Spirit speaking to our hearts and minds, we are slaves, thinking we have freedom.

Have we become trapped by the foundational principles of the world Paul warned us about in Col. 2:8? Set yourself free! Repent of this nonsense of worldly Republicanism and the demonic forces behind it. Yes, the demonic is lurking behind all the other political paradigms too. You can only be set free by repentance and seeking the true and ONLY Lordship of Jesus. You can't serve two masters. Not money and Jesus, not Republicanism and Jesus, not Marx and Jesus, not the Constitution and Jesus or your Lexus and Jesus. Jesus. His Spirit. His life example. His words. His values. JESUS, JESUS, JESUS. “Chose you this day whom you will serve.”

Here's a quick test to see if we are being driven by demonic paradigms or the Spirit of Christ:

If we are stirred up by anger, bitterness, fear, hatred etc. we are being driven by the demonic. If it points to anything – however seemingly good – and not Jesus, it is demonic.

Remember, the Evil one likes to present himself as an angel of light. So if holding up some fake political freedom, or some political party or some political hero or document helps him distract God's children from Jesus, he'll gladly do it and make it seem like it is the best thing since buttered bread.

But, if our hearts are stirred by love, joy, peace, patience, kindness, etc., then that's the Holy Spirit.

Very few political conversations look like Gal. 5:22-23. Very few point even other Christians back to Jesus. They talk about some political boogie man, or their freedoms which are being taken away, or unfair taxes or the Koch Brothers (another set of boogie men). They all are intentionally stirring up fear, anger, hatred, etc. All of these are deeds of the flesh, and things that keep us from being centered on Jesus.
Are you still thinking through the paradigms that have been given you? Politics and the Republicans aren't going to fix these things. Haven't you noticed that they are moving rather quickly toward homosexual rights? And if they fix these things – these fears they've planted in your brain – then they can't manipulate you any longer; they've lost their power over you.

Roe vs. Wade was in 1973. I was in high school back then. Have they fixed it yet? They've been promising for 42 years, and if they can continue to manipulate us with it they'll promise another 42 more, or find the next thing to stir up our fears, like homosexuality, which they won't fix either.

Homosexuality was more common in Paul's context than ours is. Yet he didn't try to fix Greek culture through government. He was a Roman citizen. He had the same power in government you have right now. Instead he talked to Christians about their behavior. He didn't write a letter to the city magistrate, or the provincial governor or Caesar. He stood before those folks. He had his chances, and he talked about Christ.

This Nation has always been going to hell in a hand basket. So has every other human society. Haven't you noticed that we're still fighting the same human problems 2,000 years later that humans were dealing with at the time of the New Testament? Homosexuality, check. Taxes, check. Abortion, check. [They had it then too, but exposure of babies was more common then.]


Did the Church go complain to the magistrates about all the babies laying out among the corpses of slaves along the side of the road? Did they think government was going to fix that? No, they picked up the babies and took them home. Then they buried the bodies and didn't even say anything about it.
Government doesn't fix real, significant problems for any length of time. But they sure know how to use problems to capture your thinking. In my opinion, we are still captured. Our attitude just shows that we are running scared by stories about boogiemen under the bed that the Republicans have been reading to us at night. Are they there? Yep. But the Republicans can't help you. They really don't even want to. They just want your vote and your money.

Jesus is our answer. We keep running to the Republicans for something Jesus has told us not to even get entangled in. (See Col 2:8)