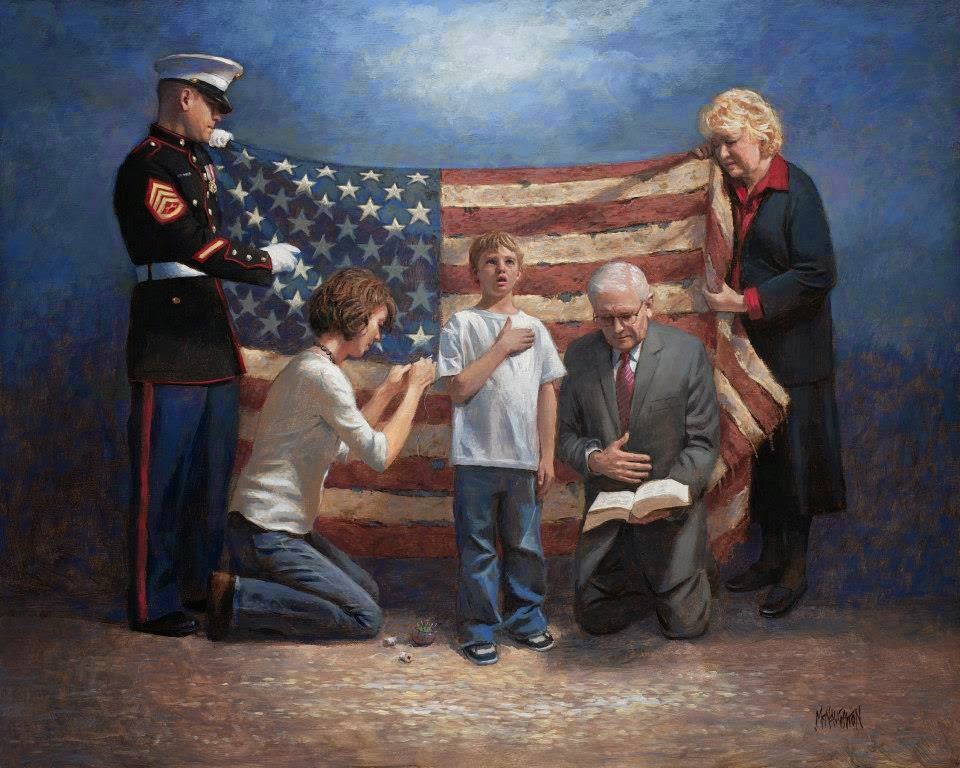 [Part 11 in the "Jesus Untangled" series]

“Can you imagine what a difference it would make if Christians ran for every office at all levels across our country – city council, school board, Mayor? We need to get involved and take a stand for biblical values and morals before it's too late. If you agree share this.” – Franklin Graham


This quote reflects the attitude of many Christians in America today. It reveals a deep desire to seize control the American Government – to take power over our enemies and to exert the necessary political pressure required to turn our nation back to God.


Of course, this is always couched in language that suggests that our nation was founded under Christian principles and that if Christians would just vote the “right way” and “take a stand for Biblical values” then our nation would be restored its original piety.


I always wonder how exactly this miracle would take place. As far as I know, no one has ever actually explained the logic of this fantasy. Once every political office in America was filled by a Christian would there be some magical shift in the collective consciousness of the American people? Would everyone suddenly stop in their tracks and all agree that it was time to become moral and righteous?


Honestly, I don’t think even Franklin Graham himself actually believes that scenario. I think that what they actually believe would transpire is purposely unspoken because of how completely horrific and insane it sounds when you say it out loud.


See, for Christians to actually gain power – and keep it – they would have to start using that same power to start passing as many “Christian Laws” as possible.  Eventually, once enough of those laws were on the books, then non-Christian people would have no choice but to begin acting more like Christians want them to act.


Sound good to you? Probably not.


What’s even more ludicrous about Franklin Graham’s political fantasy is the idea that a government comprised entirely of Christian politicians would automatically lead to national unity.


Seriously? Have you never been to a Church business meeting? Since when do large groups of Christians actually agree on anything?


Maybe Franklin Graham should join a few Christian groups on Facebook for a week. That might help him to realize how foolish his idea really is.

Christians in the same church can’t agree on what color to paint the baptistery, just imagine a Christian Congress made up of Lutherans, Baptists, Methodists, Charismatics and Pentecostals trying to agree on a rail system or a public school curriculum. Chaos.


As entertaining as Franklin Graham’s version of American politics might be to imagine, let’s at least agree on this one thing: It’s not what Jesus has in mind for His people.


Not once does Jesus ever suggest that His followers should attempt to control people using political means. In fact, it was Satan who offered Jesus that same opportunity during those 40 days in the desert, and Jesus refused to advance His Kingdom by political means. Why in the world would we decide to start giving in to Satan’s temptation now?


Jesus did have a plan. It’s a good one. It involves drawing near to Him on a daily basis and being transformed into people who are like Him. It involves helping people around us to come under His rule and reign to experience the same transformational love that we have known ourselves. It involves changing people – one at a time – into the kinds of people who will love God and love others no matter what laws are on the books, or what the penalties for breaking them happen to be.


What Franklin Graham and others like him want is a Christian Theocracy, plain and simple. Even our Founding Fathers didn’t want an America like that. Why would anyone want to re-write the Constitution so radically, especially if they claim it was inspired by God himself?


Like it or not, our nation was created very intentionally to be one where people from every religion – Islam, Judaism, Christianity, Hinduism, or none of the above – would be free to worship, or not worship, as they desired.


Any attempt to merge the Church and the State can only end badly. Just look at the history books.


Let the State wield the sword. Let the Church carry the cross. Let the two of them never attempt to change seats.


Or, as one great Christian evangelist once wisely observed:

“It would disturb me if there was a wedding between the religious fundamentalists and the political right. The hard right has no interest in religion except to manipulate it.” – Billy Graham (Parade Magazine, 1981)


READ THE BOOK: "Jesus Untangled: Crucifying Our Politics To Pledge Allegiance To The Lamb" by Keith Giles [Foreword by Greg Boyd]

Part 13: "Welcome To Post Christian America"
Part 14: "What Would Wilberforce Do?"
Part 15: "Crucify Your Politics"
Posted by Keith Giles at 3:45 AM

Your last four blog posts in the Untangled series have been really, really good. Right on the money as far as I can tell.

Those of us who can see the dysfunction of the American Evangelical Church being manipulated by politics need to speak up more forcefully (but still graciously as this is). This relationship fostered by the evil one is harming Jesus' Kingdom, which is exactly what the evil one intended. We need to get back to the testimony of Jesus' life, His words and His values. Anything less is not worthy of those who carry His name.

I think our real problem has been a collapse of moral standards. The US had long been a place of religious freedom and moral standards. That began changing in the 1960s and today has been turned upside down. Today wrong is right and right is wrong, and there is a hatred of religion and religious (=moral) people. The fact that the US had for so long been a fairly moral and religious place makes people long for those days to return. The US was never Christian, or perfect, but it used to be a lot better than it is now. Evil people in government will certainly not improve the current situation, whereas good people in government may be able to do some good. Personally, I think we're under the judgement of God and have no hope, but I can see why some people hope good people might be able to change the course our nation is on. All in all it's a very tragic situation.

Would you be against religious political figures such as William Wilberforce or Martin Luther King Jr who used the Bible as the justification to make laws against slavery and discrimination? Is it wrong for a Christian to always be involved in politics? What would the world look like without Wilberforce?