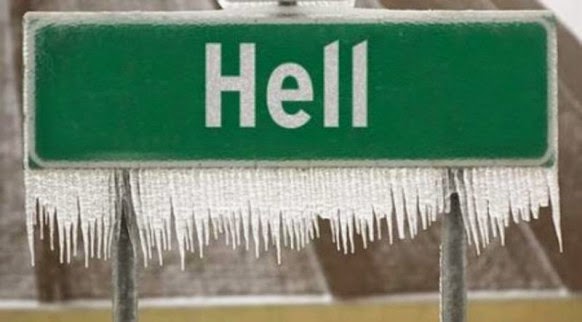 We have a saying in our house church family: "Everyone is in process."

This means that we have accepted the idea that different people are at different places in their Christian walk, and that because of this we do not all agree on every little point of doctrine.

It also means that, over time, our views and beliefs are subject to change and to develop as we live life, study scripture, and learn to hear the voice of God more clearly.

As a result, there are things that I used to believe a few years ago that I now no longer hold to be true. Here are just a few of those beliefs that I no longer believe:

Tithing - The New Testament does not teach tithing for Christians. Historically the Christian church did not teach it and waited until 777 AD under Charlemagne to institute an official mandate for tithing (in order to support a professional clergy class which arose from a shift during the reign of Constantine). That's a long time to go before recognizing the tithe in the New Testament church. So, what did the Christian church teach and practice before that?

Read about that here:
Why Oh Why Does The Church Tithe?

Immortal Souls - I used to stand up and proclaim that every human alive is already immortal. The only question is where they will spend their eternity. Now I completely reject that notion of defacto human immortality of the soul. Mainly because we have so many scriptures all through the Bible that proclaim that those who have Christ have life and those that do not have Christ do not have life. Or that those who reject Christ will die, or be destroyed, or perish, etc.

Read more about what changed my mind here:
Mortal Souls

Learn more about the three views of hell here:
What We Should Believe About Hell

Blessing the Nation of Israel - For years I affirmed the notion that America must "bless Israel" or God would curse our nation. Now I understand that the New Testament teaches that Jesus is the true Israel, and that only those in Christ are the Israel of God. Those who reject Christ as Messiah (and that would be Jewish people in the nation of Israel today) are called "anti-christ" by the New Testament. Jesus himself says that those who reject Him also reject God the Father.

I also recently learned that this Pro-Israel view is about as old as the Mormon cult which started the same year (1830) and was invented by a guy named Darby. This new teaching is called "Dispensationalism" and no Christian before 1830 believed it.

A Futurist View of Prophecy - Once upon a time I believed whole-heartedly the Dispensational view that Matthew 24 and Revelation are about events in the future that will precede the return of Christ. Now I read those passages very differently and I am convinced that they are speaking largely about the destruction of Jerusalem in AD 70, not about some future events that must take place in the Middle East before Christ can return.

What beliefs do you no longer hold true? Please share in the comments below.

I used to believe in a lot of things concerning Christian doctrine that I now am not so sure of..but the one thing I know for sure is that God is running my life and there is still a lot of work for him to do upon me..but for sure I'm like Paul..I forget what's behind me and press on for what lies ahead..and the improvements on my life will be to his credit.

Annihilation of the soul...I can not accept as well as eternal torment. The need for God's justice is misplaced.

I let go the inerrancy of the bible and the things you've mentioned too. But I believe in Jesus with all my heart.

I have completely changed the way I treat the Bible, along with Liliane. Also, having now taken enough graduate classes in Biology and Geology, completely accept that God uses evolution as the creative process. Maybe the biggest change is how I worship with the body of Christ outside of the religious institutions. I am thankful that you've been a big part of many of these transitions for me Keith.

70 AD is one of Christianity's most important dates and yet, most Christians know little or nothing about it. This can fill in some of the gaps: http://stevesimms.wordpress.com/2011/04/12/70-ad-one-of-historys-most-important-dates/