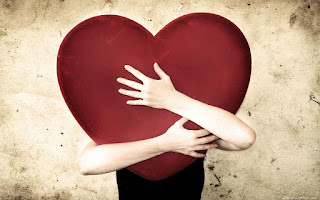 One thing I love about Jesus is that he always found a way to subvert and undermine everyone’s comfort zone.


The Good Samaritan is a great example of that. When Jesus makes the hero of the parable a Samaritan, he puts every Jewish listener on the defensive.

Not only didn’t Jews like Samaritans, they considered them heretics and socially unacceptable. No Jew in Jesus’ day would have ever invited a Samaritan over for dinner, or allowed them to enter the Temple, or spent any time praying for, or alongside, a Samaritan.

Yet in Jesus’ parable the Samaritan is the one who shows kindness and mercy and love to the Jewish man who is found beaten on the side of the road. Masterfully, Jesus urges everyone to “go and do likewise” which would mean acting like a Samaritan and identifying with them as other human beings who are worthy of love and compassion.

Keep in mind, when Jesus used Samaritans in his parable, he wasn't endorsing their religion or their lifestyle. Instead, he was hoping to upset the negative stereotypes surrounding them. He wanted to challenge the idea that their bad theology made it acceptable for the Jews to hate them and treat them as less than human.

I recently heard a real-life Samaritan story. It had the same effect on me as I’m sure Jesus’ parable had on his audience that day.

Are you ready to hear something that might pull you out of your comfort zone?

This is a true story.

One night two Christian women stepped into the swimming pool which was outside their motel room.

They met another woman at the pool. This woman had rejected God. She had a can of beer in her hand and she stood at the other end of the pool with her husband.

One of the two Christian women began to talk with this woman who was far from God. She asked the woman with the beer can a question: “Is it ok if my wife and I are close in the pool?”

The two Christian women were gay.

The woman with the beer, who was far from God, said, "Well, I don't have to ask anybody for permission to hold my husband's hand and here y'all have been together 16 years. I think it sucks that you have to ask anyone that".

The Christian woman explained that she just didn’t want to offend anyone. “We understand that people get offended by our love,” she said. “They think it's perversion, that we're demonized, in rebellion against God. Others are afraid that we will convert their children by infecting them somehow.”

The woman with the beer, who was far from God, began to weep for these two gay women. She began to share her story with them. She told them about how she had been raised Catholic but had fallen away from the Church. She called herself an agnostic.

“You have shown more grace and love for us than most Christians ever have,” said the Christian woman, who was gay.

Then the two Christian women began to talk to her about Jesus. They told her that Jesus wasn’t like those who had heaped shame upon them. They talked about how Jesus saw everyone as beautiful and dearly loved. They asked her if she wanted to know Jesus in a personal way.

The woman with the beer thought that she had to accept the God of those judgmental Christians or become agnostic. She never knew there was another way.

For the first time in her life, this woman received the news that there was a God who loved her; a God that had nothing to do with any religion.

There, in that motel swimming pool, these two Christian women found common ground with an agnostic woman who was far from God.

Eventually, one of the two Christian women told the woman with the beer something profound. She said, "The God you wanted to believe in has been there all along."

Before they left, the two Christians were able to give her some resources and pray with her.

That night, in the swimming pool, these two Christian women had loved this woman, and her husband, back to life.

Go now, therefore, and do likewise.


*Special thanks to my friend P.K. Langley for her permission to re-tell her story here.

*NOT A SIN?
*OUR MISSED OPPORTUNITY
*BLESSED ARE THE EUNUCHS
*A LOVE THAT'S BETTER THAN SEX

This is a true story? Who are the three people in it, then? And where can I buy some of that beer?

So its ok to be Christian and gay?

Sadly, the story (and this article) almost makes one feel that most Christians are insensitive, homophobic, mean-spirited and unloving. Sure, there are some “professing” Christians who might fit this description but not the majority. This article seems more like an attempt to persuade Christians to accept the homosexual life style, especially if those involved profess to be Christians.

You said, “Masterfully, Jesus urges everyone to ‘go and do likewise’ which would mean acting like a Samaritan and identifying with them as other human beings who are worthy of love and compassion.” I agree that we should always treat other human beings as worthy of love and compassion, no matter what their beliefs, religion or lifestyles. However, I don’t believe that Jesus was truly saying for us to act “like a Samaritan.” Ultimately, we are to act like Jesus. In this passage of Scripture, we need to remember that Jesus was responding to the “test” that a lawyer (an expert in religious law) was presenting Him with. Jews thought they were right with God because of their lineage (i.e., seed of Abraham) and obedience to the Mosaic Law and its interpretation in the Oral Tradition. Jesus’ usage of a Samaritan in His example was to demonstrate to the lawyer that even the attitude and actions of a Samaritans was superior to their vain religious endeavors. Jesus was simply describing how a person who has trusted Him will act (Matt. 25:31-46). “Jesus tries to startle this man's (the lawyer) thinking by highlighting ‘love,’ unexpected, outrageous love” (Utley’s commentary).

From the article:
"Keep in mind, when Jesus used Samaritans in his parable, he wasn't endorsing their religion or their lifestyle. Instead, he was hoping to upset the negative stereotypes surrounding them. He wanted to challenge the idea that their bad theology made it acceptable for the Jews to hate them and treat them as less than human."

So you're pushing the "gay Christian" meme now? Wow. Sad. So much for Jesus. So much to truth. So much for the Bible. "I have not come to call the righteous but sinners to repentance.” ~ Jesus (Luke 5:32). You might want to do a word study on "repentance".

Loving people means calling upon them to repent when they need to repent. That's what Jesus did. You're making the mistake of equating love with silence about a deadly sin. You're like a doctor who refuses to tell sick people they have a deadly disease and calls this refusal to tell the truth "love". Are there warmongering Neocon Christians too? Or just Gay Christians? If there are you should stop judging and condemning the warmongering Neocon Christians, too.

You're deceived Keith. Paul warned us not to be deceived. Read 1 Corinthians 6:9-10. And you're attempting to deceive others.

AJ, you must be new to Keith's blogs. If you've been here a while you would know Keith isn't supporting the gay lifestyle. He is very sensitive to the way the Spirit works to bring people to Christ, and rails against how knee-jerk flesh reactions subvert this.

I don't know Keith very well but I also think about him the same way Brett Ahern describes him.
Wonder AJ if you could explain what you mean Keith is being deceived? Help us understand your position better.

I think the core disagreement is on whether or not you see same-sex attraction as inherently sinful or not.

In other words, simply being attracted to someone [whether the same sex or the opposite sex] isn't a sin.

Acting on that sin - via lustful thoughts and/or by fornication - is a sin.

At least, that's where I'm coming from.

I have also been studying this topic pretty in-depth the last few years and I no longer have the same confidence I once used to have when it comes to Paul's statements in Romans 1, 1 Cor. 6 and 1 Tim. 1:10.

At this very moment I am working on a series of blog articles that will unpack those verses and look deeper at the Greek, and at what contemporaries to Jesus and Paul and others in the early church had to say about this subject.

If nothing else you will understand more about where I'm coming from - even if you don't end up agreeing with me. And I suspect you will learn something new about those verses that you didn't know before.

I have found this to help understand the confusion.https://youtu.be/Fpdsdk6J00E

Hi AJ. Hope you are OK. Please reply to us. Help us all out to understand. You might even change a mind.

I hope to post the first blog article which will unpack my views a little more in a few days. Hopefully by the end of this week.

Notice how much the lawyer hated the Samaritans. In response to Jesus question he said "the one who.... " Couldn't even get himself to say Samaritan. We are called to love those that we dislike, even those that we'd rather not put a name to.