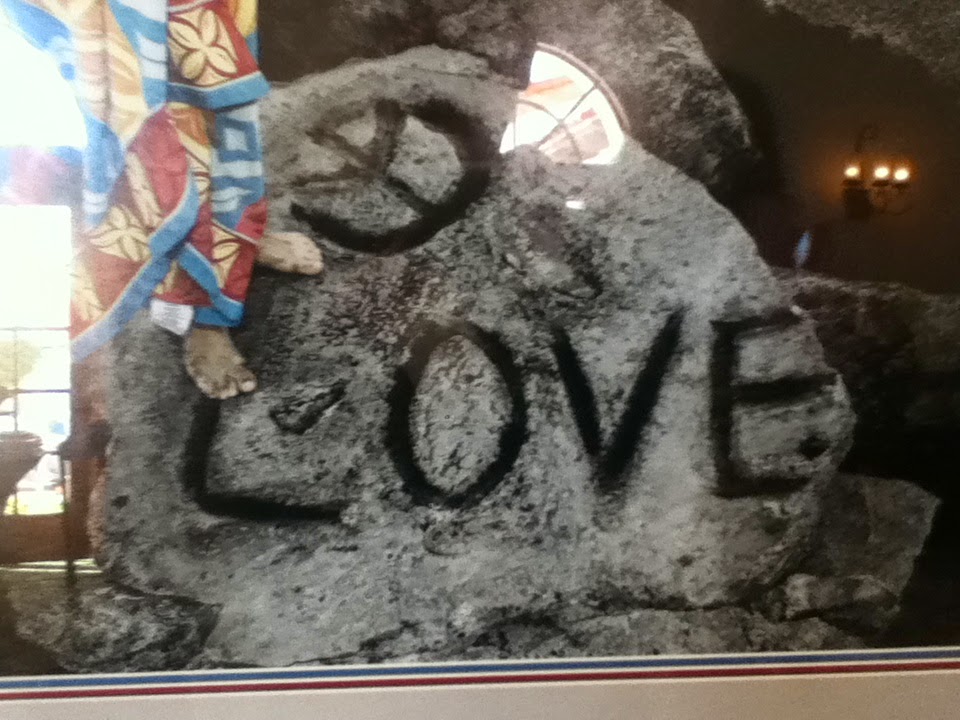 I know a great many Christians today who are full of anguish and frustration as they survey what's occuring in our world today.

A Democrat has been elected president of the United States. Gay marriage has been legalized and currently pending review by the Supreme Court in California. Israel has retaliated against Palestine with a devastating military response leaving hundreds dead in Gaza.

As a result I hear these Christians express varying degrees of emotion. Some cheer when they hear that Israel has blown up entire city blocks in response to rocket attacks by Hamas. Some wring their hands in anguish over Obama in fear that he will turn our nation into an Islamic state and introduce a socialistic government. Others wag their heads over the gay marriage issue and say, "Please Lord, just come back soon and judge this Nation and take me to heaven."

These responses are quite far away from what the Word of God instructs.

When I read Romans, chapter 9, starting in verse 2, I hear the heart of Paul the Apostle as he looks upon a nation that has turned its back on God and rejected His Gospel and their Messiah. He does not call for God to come down and judge them and to take him home to Glory. Intead, his prayer is the exact polar opposite. He says:

"I have great sorrow and unceasing anguish in my heart. For I could wish that I myself were cursed and cut off from Christ for the sake of my brothers, those of my own race, the people of Israel. Theirs is the adoption as sons; theirs the divine glory, the covenants, the receiving of the law, the temple worship and the promises. Theirs are the patriarchs, and from them is traced the human ancestry of Christ, who is God over all, forever praised! Amen." - Romans 9:2-5

Paul actually desires for God to judge himself so that his Nation might be saved. He doesn't ask God to save himself and judge those hard-hearted sinners. He is so filled with love and compassion for these hateful, stubborn people that he is willing in his heart to loose his own eternal salvation in order to see them come to Christ.

Where are the Christian leaders of today who are expressing a similar heart for the lost? Why are Christian TV and Radio stations filled with the refrain "Come soon Lord and judge this evil Nation and take your Bride home to be with you."?

Our hope is in God alone. He is still in control of time and history. The Gospel of the Kingdom is our salvation.

God will not hold the sinners accountable for the judgment our nation receives. He will hold us responsible.

"If my people who are called by my name will humble themselves and pray and seek my face and turn from their wicked ways, then I will hear from heaven and will forgive their sin and will heal their land." - 2 Chronicles 7:14

Our response to the distress in our world is to humble ourselves and pray and confess our own sins to God and cry out for people to be healed and saved - not judged and condemned.

This means that we, as representatives of God's Kingdom and as followers of Christ, are called to respond as Jesus would respond.

We are called to be peaceful and peace loving. Why are there no Christian churches, schools or universities teaching courses in peace making? Why isn't this one of our primary values? "Blessed are the peace makers for they will be called the sons of God" - Jesus, (Matthew 5:9)

As those who walk as Jesus did we are called to be forgiving. Jesus forgave those who were in the act of murdering him saying "Father, forgive them for they know not what they do." Most of us have never had to forgive someone for attempted murder, and yet we find forgiving those who have insulted us or hurt our feelings difficult, even though we have freely received forgiveness for our sins - sins which put Christ on the cross in our place.

We are called to humble ourselves as Jesus did. "Your attitude should be the same as that of Christ Jesus who, being in very nature God, did not consider equality with God something to be grasped, but made himself nothing, taking on the very nature of a servant..." - Phil 2:6-7

We are called to be like Jesus and to serve those around us in love. Jesus wrapped a towel around His waist and took on the role of a slave and washed the feet of His disciples. Then he instruced them, and us, to do the same:

"Now that I, your Lord and Teacher, have washed your feet, you also should wash one another's feet. I have set you an example that you should do as I have done for you....Now that you know these things you will be blessed if you do them." - John 13:14-17

We are also called to touch the poor and the needy around us. Jesus told us that whatever we did for the least of these was the same as doing it to Him. (See Matthew 25:35-46)

When it comes to people suffering in war, whether at the hands of Israel, or America, or anyone, our response as followers of Christ should be to weep and to pray for peace. We are called by our Lord and Savior to be peace makers, not war mongers. Peace is our goal. Reconciliation is our ministry.

When it comes to issues like Gay Marriage, let us remember that we're all sinners and we all need the same Jesus and the same mercy and grace.

Let us be dispensers of grace, mercy and love, not hate, judgment and bitterness. God is still in control and our calling is still to be people who are filled with the radical love of God.

I used to fear doing like you say in your post--instead I wanted to find fault with others--then I experienced what you talk about in your article and you know what? I got peace.