A BETTER WAY TO END ABORTION IN AMERICA 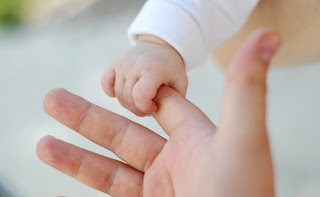 Christians in America are stuck on a problem they can’t seem to solve.

It’s a problem that unites nearly all of us together. In fact, other than Jesus himself, no other topic or issue so completely unites Christians than this. I’m talking about abortion, of course.

But we’ve been stuck on how to solve this problem since 1973.

Has anyone ever told you the definition of insanity? It’s doing the same thing over and over again but expecting a different result.

For over 40 years now Christians in America have been trying to stop abortions in this country doing the same thing, over and over again, and expecting a different result.

My wife teaches 7th grade Math. Whenever a student gets stuck on a problem, they usually raise their hand and ask for help.

I think we need to do that now.

Why? Because after two terms of Reagan, two terms of George W.Bush, and a Republican-majority congress at various times over the last 40 years, virtually zero progress has been made.

The evidence is clear: A political solution to abortion isn’t working.

But most Christians are totally unaware that there was already a Pro-Life Movement that actually DID significantly reduce the abortion rate in America, and they did it without politics.

Back in the 1800’s abortion was so rampant that ads ran in the newspapers for them. The abortion rate, adjusted per capita for increased population, was higher than what we experienced after the Roe vs Wade decision.

In the book, "Abortion in America" this time between 1840 and 1880 is referred to as “The Great Upsurge of Abortion,” and estimates are that at least 20 percent of pregnancies were ending in induced abortion during that time in history.

Another book, "The Great Crime of the Nineteenth Century," by Edmund Hale, claimed two-thirds of pregnancies during the mid-to-late 1800's ended in induced abortions.

It was a dark time.

As you might expect, the Christian church of the day was determined to end abortion, or at least to slow it down.

By 1910 they successfully cut the national abortion rate in half.

How did they do it?

Simply put, Christians created a movement where pregnant women were provided with positive alternatives to abortion.

They focused on helping young women in poor communities, including prostitutes, who found themselves in trouble.

They came alongside these women and encouraged them to carry their children full-term. Then they helped them to find adoptive parents for their unborn child.

Or, they simply stood by these women and committed themselves to providing childcare to help them finish school, or find work so they could keep their child.

By putting the Gospel into practice, these followers of Jesus transformed their society from within – one person at a time.

It was led by Christians. It was accomplished by loving our neighbor as Jesus commanded. It did not rely on the passage of laws or elected officials.

If our passion is to end abortion in our nation, the best way to do this is to circumvent political processes which, to date, have proven ineffective, and devote ourselves to loving our neighbor as Jesus commanded.

As long as we continue to put our hope in politicians we will never end abortion in this nation. To continue to seek out a political solution is the very definition of insanity.

But, If we commit ourselves to sharing the love of Christ with those around us, we might just discover that Jesus was right all along about how to change our world for the better.

PS: Believe it or not, the abortion rates in the United States are steadily declining according to a number of sources.

And, Roe vs Wade will probably never be overturned by the Supreme Court due to a long list of Constitutional and Common Law grounds. But if we are successful in transforming the hearts of people around us, it won't matter what laws are on the books.

NOTE: My new book, "Jesus Untangled: Crucifying Our Politics To Pledge Allegiance To The Lamb" is coming soon. Stay tuned for more info.

READ MORE:
*NEVER TRUMP. NOT HER. WHO THEN?
*SOMEONE TO RULE OVER US
*HOW TO SAVE AMERICA
*THE JESUS UNTANGLED BLOG SERIES

Feminists for Life is a great group that is working with this purpose.

Search for a "crisis pregnancy center" near you. They exist all across the nation and they do exactly what you describe.

You are correct of course that we should be the ones to do something rather than put our efforts and hopes into politicians. To put any hope into political cures is idolatry. But we cannot ignore the worldly forces about us either. When we do change hearts and minds and shine the light of Christ upon our hurting brothers and sisters, the enemy takes notice and responds. At this very moment, California is trying to force crisis pregnancy centers to also refer women for abortions.

Keith, I am a little confused. On one hand you state "a political solution to abortion isn't working" yet you state "... abortion rates in the United States are steadily declining according to a number of sources." These sources seem to state abortion is decreasing for different reasons all of which has political implications i.e. availability of contraceptions, pro- life political efforts. It seems to me to be so difficult to determine the validity of stats and conclusions because of inherent biases. Speaking of, you didn't cite your sources for the statement "By 1910, they successfully cut the national abortion rate in half" unless I overlooked it. Thank you. D. Bunk

Dear Mr. Bunk, let me try to clarify my statements.

When I say "a political solution to abortion isn't working", I mean that politicians are not interested in actually putting an end to the practice. For the same reason that cancer researchers aren't interested in finding a cure for cancer. Because once they solve the problem, they are out of a job and the money fountain dries up.

None of the reasons why abortion in the USA is declining has anything to do with the effectiveness of political action. It has to do with reaching out to people and addressing the causes of unwanted pregnancy and responding to the problem with compassion for the woman in need. Again, none of those things are accomplished through politicians or legislation.

Ultimately, my appeal is for Christians - people who love Jesus and have been transformed by His amazing love - to put feet to their faith and consider that there is much more they can do to change the world than voting every four years for someone who won't do anything.

The stat regarding the success of the anti-abortion movement during the late 1800's as having cut the abortion rate in half by 1910 came from a quote found in the book, "Blinded By Might" by Ed Dobson and Cal Thomas [which I highly recommend].

This period of history was also marked by the rise of Christian organizations that helped to achieve this reduction in abortions, the Women's Christian Temperance Union (WCTU), the Society for the Suppression of Vice, the YMCA and YWCA, the Florence Crittenden Society, and the Salvation Army.

Quoting from another website on this subject:
"Before 1900, the slogan "Adoption, Not Abortion" was even more popular that it is today. There existed literally hundreds of Crisis Pregnancy Centers and shepherding homes for unwed mothers, some with room for more than 1,000 to live at one time. Their names were legion: Some of the largest chains of sheltering homes and CPCs included the Homes of Mercy, Door of Hope, the Life and Hope Missions, the Rescue Missions, Beulah House, the Jewish Home for Girls, the Home for the Friendless, Bethany Home, the Norwegian Home of Shelter, the National League on Urban Conditions Among Negroes, the Association for Befriending Children and Young Girls, the New Shelter for Young Women, the Magdalene Benevolence Society, the House of Mercy, the House of the Good Shepherd, and Boynton Refuge Home."

John the guy who lost his head for challenging that guy who took his brothers wife spoke out as a voice of vote in a moral political climate. Should we not also use our citizenship as paul did to speak to Cesar aka the nation, the truth . Reminding the nation again and again that abortion is murder. Let us do both exercise our earthly citizenship for 1 reason only(Being the only reason I ever voted period was to memorialize the shed blood of innocents from Abel to today as a non stop chant "I hear the blood of your brother crying to me from the ground") and provide for intervention as our early brothers and sisters. Lets fund a house of refuge been on my mind for years. If every "church" funded a Refuge home abortion would all but disappear for a season of time.

I agree with most of what you wrote. Thank you. I suppose I'm not among those of us "united in agreement" though. First of all I am concerned that it is such a disproportionately huge issue to so many believers when it doesn't seem to have been an issue to Christ at all. It seems to me we should be more well known for speaking up and representing the issues He WAS vocal about. I try to remind myself that if I have only a few moments sometimes to make a lasting impression as His representative I should do what apparently the first believers did and make myself known for my love rather than all those many things I hate or am against. I would like to be better at this. Having said this, I will also say that early in my adult like I felt convicted that I was to keep my advice to myself unless I was willing to help the people I counseled to live out my advice --- or to "live with the consequences of the choices I helped them make." Therefore, I have provided a home for unwed mothers and adopted an "unadoptable" child, and otherwise put my money where other people's mouths seem to be. But my greatest hope is that any woman in need would feel safe and loved in my home regardless of the choice she makes regarding abortion. But otherwise, I will not let myself be known as that woman who hates abortion.