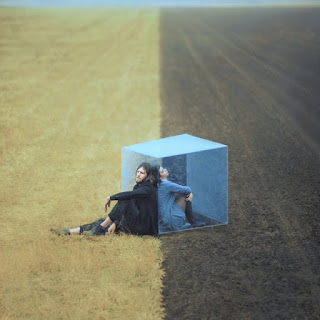 Professor Lee Ross has done a lot of work in conflict resolution, promoting dialog between various groups in places like Northern Ireland and in the Middle East with both Palestinians and Israelis.

It’s no different in our churches. As long as we refuse to admit that we have something to learn, we will never learn anything, and we’ll never be at peace with those whom we think have plenty to learn from us.

What we need to do is to recognize the authenticity of the other person. We need to admit that they are as sincere in their beliefs as we are in ours. We need to, honestly, love them as we love ourselves and consider them better than ourselves and worthy of love and respect, regardless of their viewpoints or doctrines.

If we emphasize what we have in common – which in the Church is our love for Jesus – rather than hammering on what separates us, we have a better chance of really learning something about one another. And who knows, we might possibly even experience a new insight for ourselves in the process.

What do you think?
-kg

**
NOTE: This post was inspired by a podcast at "You're Not So Smart".
Listen to the original interview with Lee Ross here>
Posted by Keith Giles at 4:32 AM

Yes I think that is a good idea--Be always willing to learn something new.