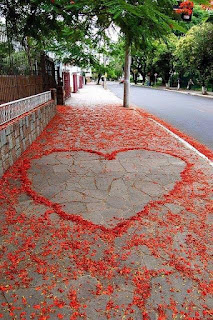 “If you keep my commands, you will remain in my love, just as I have kept my Father’s commands and remain in his love.  I have told you this so that my joy may be in you and that your joy may be complete. My command is this: Love each other as I have loved you.” [John 15:10-12]

But the idea of loving others can be challenging. Especially when it comes to loving our enemies.
I've been in numerous debates in the last few days. Mostly with Christians who want to wiggle out of Jesus' command to love our enemies. We want to redefine "Love" or look for different meanings of the word "Kill", or make ammendments for self-defense.
Then, quite often, Christians will bring up the Holocaust or the Nazi's in WW2 and ask, "Why didn't non-violence stop Hitler?

Here's something almost no one realizes: The Nazi's had no way of dealing with those who responded with non-violent resistance.


“B.H. Liddell-Hart, widely acknowledged as the foremost military writer of our times, discovered in his interrogation of Nazi generals after World War II that they had little trouble dealing with violent resistance except in mountainous areas of Russia and the Balkins, or where advancing armies were close. But they expressed complete inability to cope with nonviolence as practiced in Denmark, Holland, Norway, and, to a lesser extent, in France and Belgium.

“’They were experts in violence, and had been trained to cope with opponents who used that method. But other forms of resistance baffled them. They were relieved when nonviolence was mixed with guerilla operations, which made it easier to combine suppressive action against both at the same time.’


“The generals found friendly noncompliance more frustrating than any other form of resistance, and had no effective means to counter it. ‘If practiced with a cheerful smile and an air of well-meaning mistake, due to incomprehension or clumsiness, it becomes even more baffling…. This subtle kind of resistance cannot really be dealt with in terms of force: indeed, nothing can deal with it. There is really no answer to such go-slow tactics.”  - Excerpt from "Engaging the Powers" by Walter Wink.
So, we can't point to a conflict which was initiated, and escalated, by those who believe in violence as an example of how non-violence couldn't stop it. Especially when we can see that non-violence does work - and did work - in situations where it was actually put into practice. [And there are several examples of how non-violence worked during WW2, and in other conflicts worldwide, from Liberia to India and even in the good ole' USA].
But, again, please keep in mind that Christian non-violence is not "doing nothing". It involves trusting Jesus for wisdom, strength, protection and grace in the midst of suffering, oppression and hate.
The goal is not to become door mats. The goal is to become ambassadors of Christ and to demonstrate - as He did - the abounding, endless, audacious love of God to those who have never experienced it as we have.
The hope is that our enemies will be transformed by the surprising love of Christ when we return blessings instead of curses, and love instead of hate.
Many have been completely transformed by this unexpected outpouring of love in response to acts of violence. Early Christian history - the first 300 years especially - is full of examples of exactly this kind of radical love which transforms the purveyors of violence.
When it works this way, it's beautiful. No weapon can stop it. No aggression can overcome it. Light truly does push back the darkness. Love really does overwhelm hate.

But, sometimes it doesn't always result in repentance and transformation. And in those cases, we may die. But if we die, then we die, and in that way we "share in the sufferings of Christ". What greater honor can there be than to follow Jesus all the way to our death?

I don't know about you, but I would rather die because I was putting the commands of Jesus into practice than to kill another person because my Government said so.

For a follower of Jesus, death is where we begin our journey with Him:
"For we died and our lives are now hidden with Christ in God." [Col. 3:3]
"If anyone would follow me let him deny himself, take up his cross daily, and follow me." -Jesus

Self-preservation is not our goal. Obedience unto death to the Lord of Life and the Prince of Peace is.

Do we trust Jesus to take care of us as we put His commands into practice? And if we suffer for doing good, that's what it's all about, isn't it?
“But if you suffer for doing good and you endure it, this is commendable before God. To this you were called, because Christ suffered for you, leaving you an example, that you should follow in his steps.” [1 Peter 2:20-21]

Yes, non-violence quite often does work, when it is put into practice by obedient disciples of Jesus who are following His example of humility and love.

And even if it doesn't end with our lives being spared, that's not the point. The purpose is to put on display the extravagant love of Jesus that has filled us, and the whole earth.
This is the love that can change the human heart and transform our community, our nation and our world - one person at a time.
But it will only work if we put the commands of Jesus into practice.
"A new command I give you: Love one another as I have loved you." - Jesus
How has Jesus loved you? This is how you should love others - yes, even your enemies.
"If you only love those who love you, what credit is that to you?" - Jesus
Are we really following Jesus, or do we just "believe in" Him?
If we really love Jesus, according to Him, we will obey His commands.
Jesus makes it very clear: "Love your enemies and do good to those who hate you" [Luke 6:27].
I would never kill someone I loved. Therefore, we cannot kill our enemies if we hope to be obedient disciples of Jesus, the Prince of Peace.
"Now these three remain: Faith, Hope and Love. And the greatest of these is Love". [1 Cor. 13]
-kg

**
[Special Thanks to Travis Glenn Blankenship for the Walter Wink reference]
Posted by Keith Giles at 10:47 AM

Was just talking with a brother this morning about this very thing. Was not sure what to say.
This is so very helpful!!
Thank you again

You nailed it with "Self-preservation is not our goal". All the fear mongers play on what would happen to you/me if... This is making ourselves more important than Christ. If we really are *followers* of Christ then He and His commands must override all concerns for self.