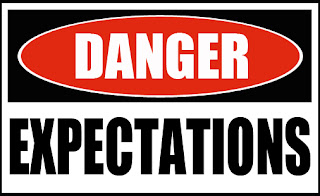 One beautiful thing about the Unconference was seeing so many people get set free.

Time and again I saw people rejoicing because they had just realized that the thing they thought was holding them back was an illusion.

One conversation I had with a brother at the event was about how he had realized that he wasn't a failure after all.

He thought he must not have been called or gifted to start a house church because once, a few years ago, he had tried to get one going with a few friends. It lasted for a while, but then it fell apart. He had always assumed that it ended because he wasn't gifted enough, or smart enough, to keep it alive.

But at the conference we had talked about how the life cycle of a house church doesn't have to be infinity to be successful.

In fact, if we're honest, every house church will eventually end. How long it lasts isn't an indication of how spiritual everyone involved might be. Sometimes the Lord may call a group together for a short season and a specific purpose before He reconnects them all somewhere else.

The scriptures tell us that the Lord puts the parts of the Body together, just as He wants them to be. [see 1 Cor. 12:18]

We're also told that it's Jesus who builds His church - not us. So, if He wants to assemble a Body together for a short time, that's up to Him to decide - and it's not a reflection on the ability of those involved.

This little detail set my friend free that night. He suddenly realized that he could easily start another group without any fear of failure or any expectation of longevity.

Every living thing has a life span. Some things live a long time. Some organisms have shorter life spans than others. This doesn't mean the organism isn't alive, or that it's not valuable or without purpose.

It's up to Jesus to decide how long a group is together. Our job is to be obedient to Him and to learn how to allow Him to lead us whenever we gather in His name.

It doesn't have to be so complicated.

Just gather with others in His Name and invite His presence to lead you.

It can be in your home, or in a coffee shop, or under a tree.

Just find one other person who loves Jesus and ask them if they want to meet with you to experience more of Him.