4 Reasons Why God Doesn't Owe Any Land To Israel. 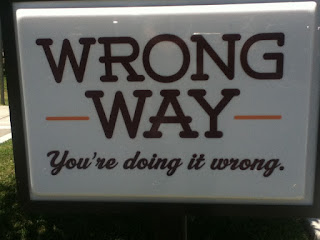 "On that day the LORD made a covenant with Abram, saying, “To your offspring I give this land, from the river of Egypt to the great river, the river Euphrates.." – [Genesis 15:18]

I’ve been challenged by several people to explain how this verse could be true if – as I suggest – God has no special plans for ethnic Jews or the secular nation of Israel today or in the future.

In fact, I’ve been told that this verse above is “the unanswerable verse” that cannot be explained any other way than to concede that Jewish people today are still owed something by God – namely to eventually lay claim to the geographic land mentioned here.

But is that the case? I believe the Bible itself gives us four very solid reasons to say, emphatically, “No”.

First, according to Joshua 21:43, God has already given the Jewish people all of the land that was promised to Abraham:

“Thus the Lord gave to Israel all the land that he swore to give to their fathers. And they took possession of it, and they settled there. And the Lord gave them rest on every side just as he had sworn to their fathers. Not one of all their enemies had withstood them, for the Lord had given all their enemies into their hands. Not one word of all the good promises that the Lord had made to the house of Israel had failed; all came to pass.”

“Solomon ruled over all the kingdoms from the Euphrates to the land of the Philistines and to the border of Egypt. They brought tribute and served Solomon all the days of his life.”

Third, according to Leviticus 25:23, the land wasn’t given to them forever, it was conditionally promised to them for as long as they remained faithful to God:

'The land must not be sold permanently, because the land is mine and you reside in my land as foreigners and strangers.” – [Lev. 23:23]

"'Keep all my decrees and laws and follow them, so that the land where I am bringing you to live may not vomit you out.”

And, finally, when it comes to the question of the Genesis passage above we have to ask, “Was God's promise to a race of people?”

Here's what the Apostle Paul says:

Paul reveals that the promises that God made to Abraham were not made to every single descendant of Abraham, but it was made to his "seed" (singular)...and who is that?

So, in summary, that verse in Genesis where God promises the land to Abraham and ‘his offspring’ was fulfilled to the Children of Israel during the time of Joshua, and even more so during the reign of Solomon. But prophetically, the verse was actually a reference to the Messiah who was/is the actual “offspring” which God had in mind all along.

So, if we are in Christ, then we Abraham's offspring too, and we're also heirs according to the promise:

"And if you are Christ's, then you are Abraham's offspring, heirs according to promise." - [Galatians 3:29]

In short, God does not owe today’s Jewish people any land whatsoever, especially since they deny that Jesus is the Messiah and until they receive Him as their Lord, they are “anti-Christ” according to 1 John 2:22 and 2 John 1:7.

We do pray that they – and all nations – would come to see that Jesus is the Christ and one day place their hope in Him alone.

I agree with all the above, and I add to that... the whole book of Romans. It's all about the church (those faithful to God) as the true descendants of Israel and God fulfilling all of his promises to Israel through them.

First, Woo hoo! I wish I was good at analogies, but this is the best I have: waiting for your next article is like my dogs waiting for my wife and I to get home. We never get home soon enough and it is always an exciting time when we arrive.

Third, Please keep writing and posting on this blog. Your blog has been a source of encouragement for my wife and I as we struggle to survive the Crimson Tide of Churchianity in South Alabama.

Christian Zionists love to cherry-pick Bible verses. Genesis? Tell them to keep reading. Tell them to read Deuteronomy 28-31. Covenants are conditional. Israel never keep their covenant with God. Hence all the curses God promised would come upon them for breaking the covenant came upon them (see: Deuteronomy 28). The law could never be kept. Any Christian should know that.

Honestly, I didn't find this article very convincing. But great, courageous initiative (yes, they might call you a Jew-hater for holding such viewpoints, which is ridiculous of the church folks).
I think there are better Bible verses on this.
Hope to write mine too, when I've got time. :-)

Chuck McKnight, you mention The Book to Romans, but ignore completely Rom 9-11, three chapters which clearly state that God rejected Israel only for a time, to give Gentiles a chance to receive the Gospel and after that the whole Israel will be brought to Him. God is not done with this nattion and never will. Or do you also forget that the feet of Christ will stand one day PHYSICALLY on the Mount of Olives and He will rule from the physical, concrete country of Israel, the city of Jerusalem as the capital. God's covenant with Israel is eternal. Israel's existance today is the greatest proof that God is faithful and His promises to Israel and us will be all fulfilled.

Yes God does promise the land to Abraham's offspring - his offspring with Sarah who is Isaac. He had 6 other sons. One son with Hagar(Ishmail) and five sons with Keturah his wife after Sarah's death (Zimran, Jokshan, Medan, Midian, Ishbak and Shuah).

Genesis 16 -18 "And the angel of the Lord called unto Abraham out of heaven the second time,
And said, By myself have I sworn, saith the Lord, for because thou hast done this thing, and hast not withheld thy son, thine only son:

17 That in blessing I will bless thee, and in multiplying I will multiply thy seed as the stars of the heaven, and as the sand which is upon the sea shore; and thy seed shall possess the gate of his enemies;

18 And in thy seed shall all the nations of the earth be blessed; because thou hast obeyed my voice".