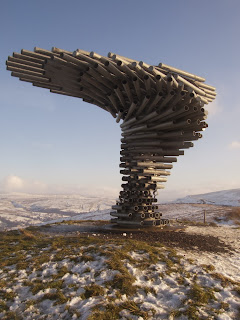 Is Jesus’ teaching on non-violence really practical? The real question is, “Is anything Jesus taught practical?”

Is it practical to love your enemies? Is it realistic to bless those who curse you? Is it convenient to turn the other cheek?

This is not the point. The point is that if you are calling yourself a follower of Jesus and you’re refusing to do what He said, you’re not actually following Jesus. You’re fooling yourself.

Non-Christians don’t seem to have a problem seeing Jesus as a non-violent messiah. He sort of invented the concept in the Western world. Even Gandhi and Martin Luther King, Jr. point back to Jesus as their guide when it comes to the practice of non-violent resistance and radical love in action.

Only Christians (especially those in America) seem unable to see Jesus for who He really is – the leader of a non-violent movement based on His original example of love and self-sacrifice.
Most Christians will bristle at that last sentence because I have neglected to mention the Deity of Christ. But I think the real reason some people want to point to Christ’s deity is so that they can disqualify themselves from obeying Him.

See, if Jesus was God and if He was perfect then that explains how He could do all those wonderful things like forgiving His enemies and loving those who hated Him and laying down His life for others. That also means that if the only way He could do all of that is because of His Deity then I am exempt.

However, Jesus was pretty clear that He really did expect us to love our enemies, turn the other cheek, forgive others, and let go of our worldly possessions in order to embrace the glorious riches of His Kingdom.

It should not come as any surprise to us that the teachings of Jesus are at odds with the conventional wisdom of the day. It’s the Gospel of the Kingdom. It’s upside down in comparison to the world we live in.

Jesus calls us to love our enemies because He has a plan to release the transformative power of love into those situations. Jesus wants to invade the lives of those people who hate you. He wants to show them the power of His love, and your loving response in the face of their hate is the catalyst that brings transformation.

And, while we do not follow Jesus based on whether or not his teachings are practical, the truth of the matter is that history proves to us that nonviolence does work. It has been the catalyst to many historical civil rights movements around the globe for centuries now, from Liberia, to India, and Africa - even in America.

Are the teachings of Jesus practical? Yes. But even if they weren't our calling is to obey Jesus without questioning His authority or doubting His wisdom.

This is the first comment. I'm astonished because this is a great post and deserves to be supported by plenty of comments.

Well thought out and well written, Keith. You have left your readers very little wriggle room :-)

Quite frankly, it is clear that Jesus not only cited the two Great Commandments, but commanded their keeping of them, through Christ.

to be honest with you I believe the reason we have such trouble today in living out the Christian life is that we use the bible to do it and at last count there are over 40,000 different interpretations of it-I like to just let jesus handle the job and he lives inside of me to cause me to live right all I need to do is listen to him.he tells me how to handle the violence thing.

One of the criticisms that I face from those who should know better, is that following Jesus Christ as prescribed in the scriptures is 'not practical'. Consequently, these people hang onto a system that clearly was not brought to bear by Jesus Christ, and therefore by nature is 'anti (in place of) Christ.

This is a timely post for me. It is true that judgment belongs to God. I think either through his deity or through his humanity, He overcame the temptation for vengeance. Surely the creator of the universe could have reacted in any manor, but chose peace. He is the prince of peace. And because of grace, His nature abides within us. So, I am going to go from here and bless those that curse me. I am going to love those who hate me. Shalom

This is a timely post for me. It is true that judgment belongs to God. I think either through his deity or through his humanity, He overcame the temptation for vengeance. Surely the creator of the universe could have reacted in any manor, but chose peace. He is the prince of peace. And because of grace, His nature abides within us. So, I am going to go from here and bless those that curse me and love those who hate me. Shalom