ONE NATION UNDER GOD? 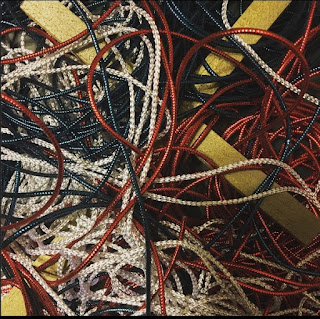 One of the most disturbing things about Christianity in America is how few Christians show any loyalty or passion for their Nation.

Instead of being patriotic and zealous for their country, they’re hopelessly distracted by things that are empty and pointless.

Instead of standing fearlessly in support of their nation’s rightful leader, they divide their loyalties and disrespectfully defy him and his authority.

Such behavior can only be described as treasonous, really. It’s only a matter of time before such brazen disloyalty to his administration is finally dealt with.

Just listen to what our leader has said about such people:

“Not everyone who says to me, ‘Lord, Lord,’ will enter the kingdom of heaven, but only the one who does the will of my Father who is in heaven. Many will say to me on that day, ‘Lord, Lord, did we not prophesy in your name and in your name drive out demons and in your name perform many miracles?’ Then I will tell them plainly, ‘I never knew you. Away from me, you evildoers!’” (Matthew 7:21-23)

Jesus is our one, true leader. He is our King. He is Lord of all, and He does expect us to put His words into practice.

What’s more, Jesus has a Kingdom. Those who follow Him are ambassadors of that Kingdom. We are called a Holy Nation on this Earth and our citizenship is from above.

As the Apostle Peter reminds us:

Who is he talking to? To the Church! We are “a holy nation”.

“And they sang a new song, saying: “You are worthy to take the scroll and to open its seals, because you were slain, and with your blood you purchased for God persons from every tribe and language and people and nation. You have made them to be a kingdom and priests to serve our God, and they will reign on the earth.”

This means that His Holy Nation is made up of people from across the globe: People from Syria, Libya, Australia, Korea, Pakistan, France, etc. are all now citizens of Christ’s eternal Kingdom that transcends national borders and covers the whole planet.

Christians in America (and abroad) must pledge allegiance to their Holy Nation alone, and not to any other kingdom or power of this world.

Perhaps the greatest threat to Christianity in America is simply the emergence of “American Christianity”? My prayer is that those who follow Christ will renew their patriotism for Christ’s Kingdom. Let us rediscover our nationalism for His Holy Nation and repent of our treasonous devotion to man-made governments and political systems.

"They did not receive the things promised; they...admitted that they were foreigners and strangers on earth. People who say such things show that they are looking for a country of their own. If they had been thinking of the country they had left, they would have had opportunity to return. Instead, they were longing for a better country—a heavenly one. Therefore God is not ashamed to be called their God, for he has prepared a city for them." (Hebrews 11:13-16)

If Jesus is your Lord; if this world is really not your home; if you are sincerely looking for a better country, then pledge your full and complete allegiance to Christ and to His glorious Kingdom. Put your whole self into His agenda to transform the world from within - one person at a time - starting with yourself.

"Before God all the nations are as nothing;
they are regarded by him as worthless
and less than nothing." (Isaiah 40:17)

Don't give to Caesar what belongs to God.

**
My book "Jesus Untangled: Crucifying Our Politics To Pledge Allegiance To The Lamb" is available now on Amazon.

All human countries will come to an end. God's kingdom never ends. Which demands greater loyalty, a temporary nation or an eternal one?

Yes! Is there in black and white for all to see, as you highlight. No need for interpretations. But do they have eyes or ears to receive even the blunt messages :-(