ONLY THOSE IN CHRIST ARE TRUE ISRAEL 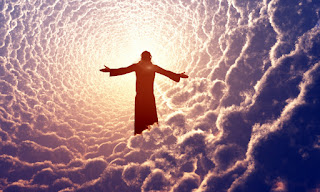 Jewish people are beautiful. They are dearly loved of God, and they were the people God chose [through Abraham’s bloodline] to deliver a Messiah to us all through the incarnation of Christ.

But being Jewish [that is, being one of the physical descendants of Abraham] does not make you “Israel”. What makes you, or anyone, “Israel” is Christ. Without Christ, no one is the “Israel of God”, according to the New Testament.

The Apostle Paul was very clear about this when he wrote to the Christian church in Galatia:

"And if you are Christ's, then you are Abraham's offspring, heirs according to promise." (Gal. 3:28)

When Paul says that belonging to Christ makes you “Abraham’s offspring” he doesn’t mean that you suddenly become transformed into a Jew…at least not ethnically. But spiritually, yes, we are transformed into the offspring of Abraham by remaining in Christ because it is Christ who makes us “Israel”, not our ethnicity or bloodline.

In Galatians, Paul spends a lot of time explaining specifically how that promise to Abraham was fulfilled in the Church, not in the physical descendants of those of the ethnic nation.

Here, Paul is specifically referring to the OT promise made to Abraham in Genesis 12:7 - "And the Lord appeared unto Abram, and said, Unto thy seed will I give this land."

So, his entire point is this: Being in Christ makes you “Israel”, or “Abraham’s offspring”, and therefore the promise made to Abraham is now imparted to you because of Jesus, who was the “seed” being referred to when God made His promise in Gen. 12:7.

Paul makes the case that the promise made to Abraham was made to Jesus, not to every single Jewish person alive. Therefore, only those who are "in Christ" are the "offspring of Abraham and heirs according to the promise."

Paul's teaching clarifies to whom this promise is valid. It is not valid for those Jews who claim Abraham as their Father but do not do the works of Abraham (have faith in God and obey).

Both John the Baptist and Jesus both affirmed that those who claimed to be the children of Abraham were liars if they continued to reject Jesus as Messiah. [See Matt. 3:9 and John 8:39-44]

The nation of Israel [that is, the people who claimed to be “Israel” but rejected Jesus as their Messiah] was destroyed in AD 70 for rejecting Christ. Just as Christ prophesied it would be in the Olivet Discourse (see Mark 13, Matthew 24, Luke 21).

The true “Israel” of God -- that is, those people who were in Christ and were spiritually the children of Abraham -- were spared and did not die in the destruction of Jerusalem in 70 AD.

Church history reveals that several among them received dreams and visions which warned them to flee the city to Pela, a neighboring town, and the Christian community escaped by obeying that warning.

Notice also that the promise mentions giving the land to the seed, which is Christ, not to everyone who claimed to be in Abraham’s bloodline. The only right given to the “Holy Land” was given directly – and specifically – to Christ.

In the process of giving the right to inherit this land to Christ, those who rejected Christ lost any and all rights they may have had otherwise.

Those who once “tended the vineyard” were punished for rejecting the son and killing him. Because of this, the vineyard was taken from them and “given to another people who will produce its fruit”, as Jesus explained in his Parable of the Vineyard in Matthew 21:33-46.

This should come as no surprise since the land itself never belonged to the Jewish people in the first place.

According to Leviticus 25:23, the land wasn’t given to the Jewish people forever. It was conditionally promised to them for as long as they remained faithful to God:

'The land must not be sold permanently, because the land is mine and you reside in my land as foreigners and strangers.” – [Lev. 23:23]

"'Keep all my decrees and laws and follow them, so that the land where I am bringing you to live may not vomit you out.”

So, the Jewish people are a beautiful people, and they are still dearly loved of God. But if they continue to reject Jesus as the Messiah, then they are not “Israel”, they are separated from God, and "antichrist", according to 1 John 2:22:

We, like Paul, may continue to pray that they might embrace the Good News that their Messiah has already come and follow the path of Jesus. We may even wish that we would be accursed so that they might be saved [if that were possible].

But until they follow Jesus, they are not Israel.

Jesus makes us Israel, and only Jesus.

Email ThisBlogThis!Share to TwitterShare to FacebookShare to Pinterest
Labels: bless israel, israel is in christ, jesus and israel, jesus makes us israel, the nation of israel