5 THINGS NO ORGANIC CHURCH EVER WORRIES ABOUT 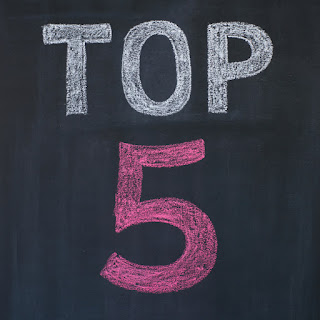 As a response to an article sent to me by a friend that was written to leaders of small traditional churches that want to grow their numbers, I felt compelled to write my own list.

The original post identified 5 areas that pastors of small churches struggle with when it comes to growing their churches.

I’ve summarized his conclusions in these 5 categories:

1 People believe that small churches function best as one big family. They are wrong.
2 When people who don’t hold office wield power in the church, you have a problem.
3 Pastors need to stop trying to do everything by doing less.
4 Those who want the church to stay the same need to catch the vision of what the church could be in the future.
5 Don’t add new programs/complexity as you start to grow. Do less things better, not more things half as good.

Honestly, not everything in this list is objectionable to me. I can agree with his assessment that people should let go of their expectations of what their church should be, or that people should not dwell on the past, or that adding new programs is a bad idea. But I disagree with his entire overall assumption that there should ever be anyone “in power” or that anyone should “hold office” in the church, as a basic premise.

I’ll take his list of 5 things and try to respond to each one:

1 “People who believe the church functions best as one big family are wrong”
I can’t help but wonder what the author of this blog believes the Church should be if it’s not supposed to be “one big family”? Honestly, he never really explains why the Church isn’t one big family, or why those who think it is are wrong, or what the more accurate model for Church should be if it’s not the Family of God. What he does suggest is that the larger [200+ size] churches need to gather in smaller groups and start to establish stronger relationships with those fewer people. That sounds like a good idea, but it’s not the only idea. It’s also possible, for example, for those same small groups to break off and become their own organic churches without any need for a building, a professional pastoral staff, or denominational ties. In fact, if the authors main point is that people in those larger churches really never know one another anyway, then what’s the advantage [to the congregant/church member] in belonging to a massive group of Christians that they will never actually have any real relationships with?

2 “When people who don’t hold office wield the power, you have a problem”
Yes, you do have a problem. But your problem is that people are wielding power, not that the “wrong people” are wielding the power. Where do we see anyone “wielding power” in the New Testament church other than Jesus? All authority in the Church is in Christ, not in any of us. Even the Apostles appealed to the Body as brothers and sisters, not as authoritarians who “lorded it over” the rest of the Body. The greatest among us is the servant of all, right? So, where does “wielding the power” come into play? Answer: It doesn’t. Not if you’re following the model where Jesus alone is the Head and the rest of us are members of His Body who work together to build one another up by serving one another in humility. [See 1 Cor. 12-14]

We are all called to submit to one another. As my dear brother in Christ, Jon Zens, once said: “Submission is something you grant. Not something you demand.”

3 “Pastors need to stop trying to do everything and start doing less”
Again, I totally agree. And to be fair the original post did talk about handing over some of the duties [like visiting people in the Hospital] to the members of the Body. But I would take this a step further and say that Pastors need to just stop being elevated above everyone else and everyone else needs to be taught to practice the 58 “One Anothers” in the New Testament so that the whole Body will be equipped for “works of service, so that the Body of Christ may be built up until we all reach unity in the faith and in the knowledge of the Son of God and become mature, attaining to the whole measure of the fullness of Christ.” [see Eph. 4:11-13] In other words: Everyone in the Body of Christ needs to be deputized and empowered to put their own Spiritual Gifts into practice so that the whole Body can actually behave like a Body.

Again, I agree, “sort of”. I would take this a bit further and say that no one – even the Pastor – should be casting the vision of what the Church could be in the future [which I believe is implied in the original post].

I can’t help but remember a conversation I had once with a dear sister in Christ who was hosting a new organic church group in her home. She was concerned because everyone in her organic church family had a different vision of what the Church should look like. In a moment of rare clarity, I heard the Lord say to me: “Tell her to ask her brothers and sisters what they think Jesus’ vision for His Church is, and not to assume it’s exactly what their vision for the Church is.”

None of us should attempt to lead the Church because it’s not “our church”, it’s “His Body” and “His Bride” and “His Church”. We are all brothers and sisters in the Family of God. We are all members within His Body. He is the Head.

Honestly, my experience is so totally different from this blogger/pastor’s.

From the beginning I determined that our little house church was not "my church" and I worked hard to keep my hands off the steering wheel. Instead, Wendy and I prayed and we asked the Lord to do with us – and in us and through us – whatever He wanted.

Our house church has never worried about size, or about money [because we don't need money to operate, only money to give away to others when/if there's a need], or about anything else, really.

We've done all we can, and gone to whatever extremes necessary, to ensure that Jesus really is our leader. We don't make any decisions without seeking Him first. We don't allow anyone to take charge. No, not even me.

Certainly, we've made our share of mistakes and we've learned from those and made adjustments as we move forward with Jesus.

But it's His Church. He promised that He would grow His church. So, since that's not my job, what IS my job? I'm called to build up my brothers and sisters. I'm called to help them - as they help me - to follow Jesus daily and to let Him be the Lord of everything. I'm called to love them, and to help them love God, and one another - and also to learn how to receive love from one another and from God, too. [That last part is the hardest, I'm learning].

It’s no surprise that the guy who wrote that blog isn’t on the same page as I am, but I had to write a response just to share my perspective in contrast.
-kg
Posted by Keith Giles at 3:24 AM

Keith, though I like to always believe what you said about #2 we do see the Apostle Paul threatening the Corinthians to wield his power if they don't shape up before he arrives. 1 Cor 4:14-21. He sets this in the context of being their father, indicating he has the right to exercise power by chastising them.

It's the only instance of this I can recall, but it is there. Granted, it's not a local office with authority. But it is authority over others being invoked & potentially exercised.

Paul's "authority" was the Word of God and the Holy Spirit. It didn't rest on his position or "office".

Going along with the other person's comment: what in the context gives the understanding that his authority wasn't in his position? That it to say, wasn't it the fact he was an apostle and their apostle that put him in a position of authority? Because he was their apostle it was his responsibility to correct them? Because he had fathered them, so to speak, he then had the power to bring them in line?

My concern is in the use of the term "power" to describe Paul's influence over the church in Corinth. Paul never appeals to any such "power" over them. He does appeal to them "in the name of our Lord Jesus Christ" which is to say that he reminds them that Christ has power over them, as their Head [a point he continues to drive home throughout the epistle, but especially in chapter 12].

Certainly, Paul was an Apostle, and yes, they should have listened to him because of this...but Paul doesn't hold this over them. Instead, he trusts that they already know what the Lord Jesus would want them to do and he simply reminds them of this.

The "power" remains where it should - with the Head Himself - Christ Jesus.