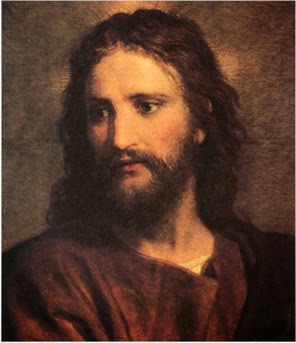 Once again, American Christians have confused Patriotism and Nationalism with Christianity.


As Phil Robertson (the star of reality show Duck Dynasty) declares that he is more than prepared to meet ISIS militants on the battlefield, Christians in America scream “Amen!” and salute their flag - sadly oblivious to how far away this actually is from the Gospel that Jesus – the founder of their professed faith – came and died to proclaim.
I think the basic disconnect we have on this issue stems from whether we hold the Ten Commands or the Sermon on the Mount as our basis for living.


For example: Many Christians today opt for the Ten Commandments. However, the Scriptures tell us several times and in many different ways that the Old Covenant is a shadow of the reality to come – (the reality being Christ).
Moses prophesied about the Messiah saying that God would send one like himself who would be a Prophet and that people should listen to him. [Deut. 18:15]


Both Peter and Stephen remind the NT Jews and Christians of this verse and add that anyone who does not listen to Jesus (the Messiah) “will be cut off from among his people”. [Acts 3:22-23; Acts 7:37-38]
Paul also tells us that “to this day when Moses is read, a veil remains” and that this veil is only taken away by Christ. [2 Cor. 3:14]


Remember the Mount of Transfiguration? Moses (who stands for the Law) and Elijah (who stands for the Prophets) appear with Jesus. Peter mistakenly wanted to honor all three of them at once and God then removed Moses and Elijah (leaving only Jesus) and says, “This is my Son. Listen to Him!”.
Furthermore, Peter tells us even the Prophets themselves didn’t know what they were writing about and that only now (through Christ) do we understand what those OT scriptures mean.


What does all this mean? It means that we, as followers of Jesus, need to interpret the Old Covenant (Ten Commandments, Mosaic Laws, etc.) through the lens of Christ, not the other way around. In other words, we never take the words of Jesus and filter them with the Old Covenant scriptures. No! Jesus is the One we are to listen to. Moses says it. Peter and Stephen say it. God Himself says it: “Listen to Him!”
So, if Jesus says “Do not resist an evil person” and says clearly, over and over again: “Love your enemy”, “Bless those who curse you”, etc. then we have no choice but to obey Him. We cannot turn back to the shadow and the metaphor of the Old Covenant scriptures and try to live our lives apart from the revelation of Christ.

In fact, I believe the entire debate between Christians over the issue of violence is simply centered on this very practice of filtering Jesus through the Old Covenant, rather than placing the Old Covenant in submission to the Supremacy of Christ – and therefore ourselves under His supremacy as well.

To justify violence you have to turn to the Old Covenant scriptures. To justify military involvement you have to appeal to Moses or Joshua. But quite simply a follower of Jesus should do exactly that: Follow Jesus and not attempt to place the teachings of Jesus (which bring life) under the bondage of the Old Covenant (that brought death).

Jesus trumps Moses. The Sermon on the Mount trumps the Law. The New Covenant has replaced the Old Covenant which is “obsolete” and “fading away” [Heb. 8:13]

Chose you this day whom you will serve: A redneck reality TV star, or the Son of God. As for me and my house, we will follow Jesus.

I think that you've done a great job comparing and contrasting the Old Testament and the New Testament, however I think that the words of Phil Robertson have been misrepresented (and I'm not a fan of Duck Dynasty). In the recent interview with Sean Hannity concerning ISIS, Robertson said, "I would rather preach the Gospel of Jesus to them, however if it's a gunfight and a gunfight alone -- if that's what they're looking for -- me personally -- I am prepared for either one." I thank God for Christian police officers (and I believe that they do exist) who are always ready to extend mercy and will do all that they can to preserve all life, but have the fortitude to protect most life by using a firearm when all other options have run out, and I hope that we, too, would be just as bold to protect our wive and children from harm. While some American Christians may have conflated patriotism with Christianity, I believe that you will find most supporters of the Second Amendment not to be nationalists, but actually suspicious of national government. The America that they value is not a political state, but a collection of values unique to the foundation of the USA going back to the Mayflower Compact -- principles forged in the Gospel of Jesus Christ that recognize human dignity and the God-given rights of life an liberty. Those same values (despite the waywardness of our government) that inspire people from around the globe to risk life an limb to immigrate to the USA. Jesus said, "Greater love hath no man than this, that a man lay down his life for his friends" (John 15:13). When Phil Robertson said that he would rather sit down and have a Bible study with members of ISIS, however was prepared to meet them on the battlefield, I don't think that he was asserting himself as God's executioner with a divine sanction to dispense judgment, but rather expressing his willingness to risk his own life for the protection of his family and the welfare of his fellow citizens. If that be unchristian then I thank God for those do not follow Christ in this one regard.

Randall: I appreciate you, and your perspective, very much.

I am troubled a bit by the idea that you would seriously "thank God for those who do not follow Christ" as you suggest in your comment.

May the Lord save us from the version of the Gospel we prefer and transform us into people who love the Gospel He died to proclaim to us.

If we are to bare the cross like Jesus commanded and showed by example, why can't we trust God enough to NOT meet violence with violence even if in self defense or defense of others. Can we trust God enough to lose our life for Him and by so doing possibly show His love to our enemies. It's easy loving someone you like but it's God's love through us that would make us rather die than take someone elses life. There is no patriotic way to explain that away or to live The Gospel as portrayed through Jesus' life, death and resurrection.