RETHINKING HEADSHIP AS A METAPHOR 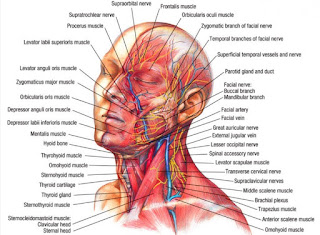 My youngest son is a student at Biola University. Over the weekend he attended a conference and he came home very excited about something new he had learned in one of their sessions together.

"That's how we see it, but back when the Bible was written they saw the head as the source of nourishment because that's where people ate their food."

That's when he opened up his bible and showed me the verse in Ephesians where Paul says that the husband is the head of the wife even as Christ is head over the church, but then he pointed out a verse I had not noticed before:

"After all, no one ever hated their own body, but they feed and care for their body, just as Christ does the church— for we are members of his body." [Eph. 5:29-30]

Paul even adds in the detail that feeding and caring for the body, as Christ does for the church, is what he's talking about in context when he says that "the husband is the head of the wife".

What do you think about this?

I'm reminded that in older translations of the scriptures the spleen, or the bowels, were used as the metaphor for the seat of human emotions, not the heart.

Is this a similar insight to that? Are we thinking of the head in the wrong way, or at least in a different way, than the first century Christians thought of it?

If nothing else, it certainly gives us something new to think about when we examine passages where the idea of a head is discussed in relation to the Body.

In a quick search of the internet I found this:

"In earlier times (Biblical and Archaic) the bowels was the source of pity or compassion and the loins the source of strength and power.
"Interestingly enough, some of the early philosophers and scientists including Aristotle considered the heart as the seat of thought as well as emotion and passion, often rejecting the value of the brain. But the Roman physician Galen was one of the first to consider the seat of passions to be the liver, the seat of reason to be the brain, and the heart to be the seat of the emotions.
"Thought we don’t often talk about the liver in reference to passion it is often said that the liver governs anger, the kidneys fear (the adrenals sit atop the kidneys) the lungs sorrow/ depression and the stomach or spleen as the source of anxiety and worry. Though these physiological responses to emotion are often obvious, modern society considers the seat of emotion and passion to be the heart and the seat of thought to be the brain.."
Fascinating stuff.

I'd love to hear your thoughts on this.

Very good. There are many more people who say, in various ways, that head often/ usually meant "source" when used non-literally in Greek. (Obviously, the man is not the literal head above the neck of a woman, we are looking at what the non-literal meanings was in Greek.)

Here a few such sources are listed: https://biblicalpersonhood.wordpress.com/2011/05/10/why-do-some-scholars-think-head-mean-source-catherine-clark-kroeger-explains/

Keith, thank you for sharing your insights on this topic. This seems to feed into something I began to think about several years ago (pun intended). Because of my hunch, I began to research to see what historical economists were saying, if anything about the impact the early church had on their local economy. Remember a couple of obscure NT verses having to do with people selling all their possessions and giving them to the church, and if one does not work he should not eat, and being adopted into a new family of God? The term economics comes from the Greek word for house. First century economics was largely home based. Here is the critical question. What would happen to the economics of a home based economy if everyone who was adopted into this new family was selling their possessions to invest in their new community, then worked within that new family to continue to grow the "family" business? I always wondered how the early church, mainly comprised of the poor, marginalized and disenfranchised, could afford to feed the influx of new people coming in to their community and pay for the funerals of outsiders (as we know they did from sources outside the church in the second century) in addition to their own members?

The historical economists are just now beginning to investigate these very questions.