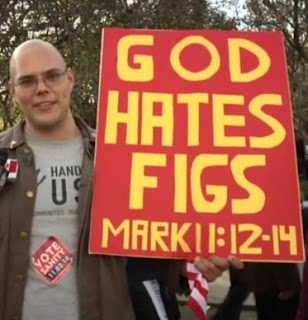 My friend Jared told me once about the first time he attended a Gay Rights rally in Los Angeles. He is not gay, but as a follower of Christ he wanted to see for himself what these people were like, and he was willing to see them as human beings in need of Christ’s love first and foremost.
To get ready for his trip he posted a carpool notice on Craigslist asking if anyone from Orange County would like to ride with him up to the rally and share gas money. He got three responses, all lesbians.
On the ride up to the rally they all started talking about their experiences being lesbian, how their families had treated them, and various “ice breaker” conversation points. Eventually they asked Jared how long he had been Gay.
“I’m not gay,” he admitted. They laughed at first, and then when they realized he was serious they started asking him why he was going to the rally. That’s when he admitted to them that he was a Christian and that he wanted to meet people first-hand who are Gay. He apologized for the way his fellow Christians had responded to homosexuals. That’s when they really started to share their experiences with him.
What they shared was heartbreaking. They talked about being sexually abused by their Christian youth leaders as teens and about how the church leaders had blamed them, and eventually kicked them out of their churches. They talked about how their Christian parents had screamed at them and disowned them once they found out about their sexual orientations. They talked about how they still loved God and still believed in Jesus but couldn’t be part of any Christian church out of fear for how they would be treated.
All Jared could do was to listen, and to apologize to them for the hateful ways that they had been treated by other Christians.
Does God condone homosexuality? I don’t think so. Not any more than He condones adultery or fornication, or lying, or stealing, or gossip. But if we can associate with Christians who have committed adultery, or lied, we should be able to fellowship with Christians who are struggling with their sexual identity. If we can have grace for people who have had abortions, or who have been to jail, or who have been divorced, or who have used every curse word in the book, then we shouldn’t have trouble loving and forgiving someone who is Gay.
Now, if we can’t love people who have sinned, then we have to ask ourselves if we’re really following Jesus or not. Because we’re all sinners, and we all continue to sin, even after we have come to Christ. So, being a sinner isn’t really the problem. It’s the symptom we all share. It’s what makes us human. It’s what makes us the people that Jesus came for, and died for.
God loves "fags." He loves all sinners. He even loves you. He loves everyone.
That much should be abundantly clear. If it’s not, the problem comes from His people, not from God Himself.
-kg

NOTE: Since writing this post my views have shifted on this topic.

Read more about what I've learned over the years based on intense Biblical studies and numerous life experiences:
NOT A SIN?
ROMANS RE-EXAMINED
Posted by Keith Giles at 5:08 PM

There is no doubt that this is an issue with church groups..as one author put it..Christians get down on gay people but overlook their own who are guilty of obesity..we need to be loving to all but we don't have to take up their lifestyle.