THOUGHTS ON THE OLD AND NEW COVENANT FROM LUKE 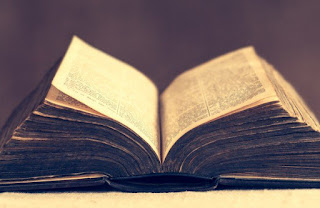 Over the Christmas season, our church family took some time to read and discuss the birth of Christ as reported in the Gospels of Luke and Matthew.

Early yesterday morning as I was barely coming out of the cobwebs the following thoughts bubbled up out of my subconscious:

Example: Joseph is called a righteous man and according to the letter of the Law, he seeks to “put her away privately” when he learns she is pregnant.

ALSO: Zechariah and Elizabeth are examples of the Old Temple and the New Temple.

Zechariah is a descendant of Levi and a member of the Levitical priesthood. He enters the old temple which is a shadow of the real and true temple of God. An Angel speaks to him and he does not believe or demonstrate faith.

Elizabeth is a descendant of Aaron and of the bloodline of the Aaronic priesthood. In the temple of her body the Elijah that was prophesied to come dwells, and is filled with the Holy Spirit while still in her womb. She and her unborn son both recognize the Messiah (the Son of God) without the need for a miracle or a sign of God to convince them. The promise of God is conceived and matures in the temple of her body and she is filled with the Holy Spirit of God.

Mary also represents the New Temple of God: She allows the Messiah to come alive inside of her and her life and His life become forever intertwined.

I also think it's interesting that John the Baptist was in line to take his father's place as a priest in the Old Temple system, and yet he forsakes this and preaches repentance and baptizes people outside the city gates. This is also a sign of the New Covenant where God pours out His Spirit and Mercy on all flesh - young, old, men, women, and it all starts outside the Old Temple, where everyday people live and breathe.

Email ThisBlogThis!Share to TwitterShare to FacebookShare to Pinterest
Labels: temple of the Holy Spirit, the gospel of the kingdom, the new covenant

great thoughts...i will be sharing this link on my FB page : )