10 Reasons Why Jesus Surpasses The Law and Prophets 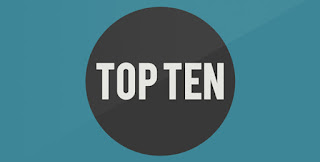 Here’s the deal: There are at least 10 different verses in the New Testament that very specifically identify Jesus as the one and only example for what the Father is really like.

Before I share those verses with you here, let me ask you to notice a few things:

First, notice that in nearly every case Jesus is either explicitly contrasted with the Old Testament Prophets, or it is implicitly suggested that He is the superior source for information about who God is and what God is like.

This is pretty significant, really. Because it’s not as if the authors of the New Testament were ignorant about what the Old Testament said about God. Yet, their claims about Jesus very boldly supersede those claims made by the Law and the Prophets.

To help you see this, I will point out examples of how these explicit and implicit contrasts are made between Jesus and the Old Testament prophets, just in case they are not obvious.

Ready? Ok, here we go, according to the New Testament:

Who does God speak to us through today? (Not Moses. Not Elijah.)
Jesus.

“In the past God spoke to our ancestors through the prophets at many times and in various ways, but in these last days he has spoken to us by his Son, whom he appointed heir of all things, and through whom also he made the universe. The Son is the radiance of God’s glory and the exact representation of his being, sustaining all things by his powerful word.” (Hebrews 1:1–3, NIV)

Who is the one mediator between God and man? (Not the Law. Not the Prophets.)
Jesus.

Who is the one instructor who teaches us? (Not the Law. Not the Prophets.)
Jesus.

Who is the one we should listen to? (Not Moses. Not Elijah.)
Jesus.

Who is the only one who removes the veil that covers the Old Testament scriptures?
Only Jesus.

“For to this day, when they read the old covenant, that same veil remains unlifted, because only through Christ is it taken away. Yes, to this day whenever Moses is read a veil lies over their hearts. But when one turns to the Lord, the veil is removed.”  (2. Cor. 3:14-16)

Where is the one place we can go to find life? (Not to the scriptures.)
Jesus.

“You search the scriptures because you think that in them you have eternal life; and yet you refuse to come to me that you may have life.” [John 4:39-40]

Who is the only one who has ever seen God at any time? (Not Moses. Not Elijah.)
Jesus.

Who reveals the Truth to us about the Father?
No one but Jesus.

“Jesus said to him, “I am the way, and the truth, and the life. No one comes to the Father except through me. If you had known me, you would have known my Father also.” (John 14:6-7)

Please note in this list of scriptures above how easy it would have been for the New Testament writers to affirm the Old Testament and exalt Jesus at the same time.

But that’s not what they do.

For example, in John 1:17-18, if the author had intended to protect the witness of the Old Testament prophets who claimed they saw God and wanted to affirm their testimony about God's character, how easy it would have been to say something like this:

“Whereas Moses and Elijah had also seen God in the past, Jesus came from God as the Word made flesh to confirm their testimony.”

But, what he wrote sounds nothing like that. Not at all. It says this:

That’s pretty harsh. It's almost as if John is trying to make a point here. He wants to say that, until Jesus came, we did not have an accurate revelation about who God was and what God was like.

Let's think of it another way: Let's say that John wanted to communicate to us that Jesus's testimony about the Father was accurate but the testimony of the Old Testament Prophets was inaccurate. How might he do that? Maybe he would say something like:

"No one except Jesus has seen the Father. Jesus came to reveal the Father to us because our ideas about God were less than exact."

Now, we shouldn’t assume that Matthew was just using hyperbole or that he had a momentary lapse of memory. Clearly, he was aware that there was something called the Old Testament and that people in the past, like Moses and Elijah, had claimed to see God and to hear from Him.

That’s why his statement is so radical: “No one has ever seen God…”

The same could be said for every other verse above. If the authors had wanted to affirm the Old Testament, they had every opportunity to do so. Instead, they very boldly contrast Jesus with the Law and the Prophets and emphasize the supremacy of Christ.

Now, before you break out the pitchforks let me say that I do believe the Law and the Prophets point us to Christ. In fact, they do that beautifully. We should be very grateful for the Old Testament scriptures that foreshadow the coming of Jesus.

Jesus Himself said that He did not come to abolish the Law and the Prophets but to fulfill them, and this is exactly what He did.

Because of this fulfillment, those scriptures have become obsolete and are fading away.

What we have now is the Living Word who is alive inside us.

He has written His law on our hearts. This is what the new covenant is all about. [See Jeremiah 31:31]

So, if anyone is to blame for pitting Jesus against Moses or Elijah, or against the Old Testament scriptures, it’s Paul, Matthew, John and the author of Hebrews, not me.

All I’ve done here is to quote those verses that they wrote and pointed out the obvious.

The rest, I believe, speaks for itself.

"For the law was given through Moses, but grace and truth came through Jesus Christ." (John 1:17)

If I am guilty of anything, it is that I have taken those 10 verses above at face value and I have exalted Jesus above everyone and everything else.

That's something I can live with.

I agree all the way--the bible is a great book but it is not greater than Jesus Himself.