Only Leadership Can Save Us? 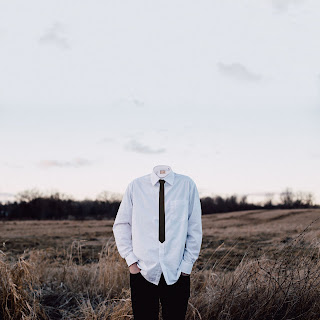 I subscribe to George Barna’s research reports. A few of the recent surveys have dealt with the growing political divide between Christians in America.

Honestly, I could probably write a blog each day just trying to process all the different results of these surveys [which is why so far I have not commented on them very often here on my blog]. It’s just too overwhelming to respond to each and every little detail.

But in this case I had to make an exception.

The most recent report examines the widening ideology gap between Christians in America. In the summary at the bottom of the report, George Barna himself weighs in and declares that there is simple fix to the political gaps between American Christians, saying:

“Unfortunately, the survey shows that we have more than a minor gap dividing the various factions in our country. We have a canyon of epic proportions that seems to be widening each year…That gap has emerged due to an absence of strong, visionary leadership…and the gap is only going to be eliminated by the presence of strong, visionary leadership.”

This is where I had to stop and shake my head.

Really? People disagree on political issues because of a lack of “strong, visionary leadership”?

Perhaps if your goal is total indoctrination of the populace you might look at differences of opinions as failures of top-down authority structures to adequately police the thoughts of their minions.

Is that what Barna believes the clergy is designed to accomplish? Are our leaders failing to maintain control of everyone’s uniformity of thought?

If you see Christianity as primarily about having the right information about God, then I suppose I can understand a reaction like this. To Barna, too many people have a disagreement about which information is correct about God. This is a problem caused by a failure of information brokers [pastors] to pass along the information to those under their authority [those in the pew].

In this paradigm, the problem can only be solved by better leaders who are more successful at indoctrinating their flock so that everyone agrees with one another [or, more accurately, with Barna].

He does go on to say:

“That leadership does not have to come from the White House; in fact, it may be more compelling if it comes from local and state leaders. But the inescapable reality is that unless strong leaders consistently promote a common vision and introduce ways of incorporating that vision into every activity and measurement being undertaken, the hyper-partisanship that has fragmented our national unity and discourse will continue to expand.”

Whoa. It’s worse than I thought.

Barna apparently wasn’t really even thinking about Christian leaders when he spoke of a failure of leadership to align the Church in America. He was looking to political leaders to do the job.

So, Jesus has passed the keys of the Kingdom to Mayors, Governors, Senators, Congressmen and Presidents?

Christians in America should look to politicians for guidance about spiritual issues? Churches should elect political gurus to learn more about how Jesus would want them to respond to issues like same-sex marriage, transgender rights, abortion, or even whether or not capitalism is preferable to socialism?

Besides, doesn’t this seem like a “Chicken or the Egg” scenario to you? I mean, if American Christians are already confused and divided about all these issues – because of bad leadership – then how will they know if they are electing good leaders?

I do agree with Mr. Barna about one thing: American Christians are certainly divided over politics. His own research confirms this.

Where we disagree is this: I don’t think the solution is to get everyone to agree.

That’s right. Agreement is not necessary for unity. Not in the Body of Christ, anyway.

When the Christians in Corinth were divided over which Apostle they preferred, Paul reminded them to focus on Jesus. [See 1 Cor. 1]

When the Roman Christians were divided over whether it was sinful to eat meat sacrificed to idols, Paul told them to make up their own individual minds and get back to seeking Christ together and encouraging one another as the family of God. [See Rom. 14]

That means we are only one when we are focused on Christ. If we make Jesus the central focus, we have unity.

But if we make politics, or theology, or doctrine, or anything else the focus, we have division.

I also agree with Barna on one other thing: Our only hope is devotion to our leader.

He and I just seem to disagree about who that Leader happens to be.

**
My book “Jesus Untangled: Crucifying Our Politics To Pledge Allegiance To The Lamb” is available now at Amazon on Kindle and Paperback.