The Most Dangerous Sermon 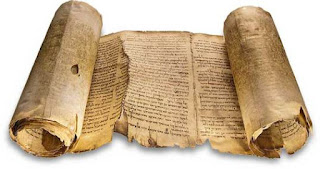 Anticipation was high that morning. The hometown hero had returned. Today he was scheduled to speak after a long, celebrated tour of the surrounding country side.

No one knew what he might do, but they were eager to hear what he had to say and to see him with their own eyes.

Sure, he had grown up there. Most remembered him playing with their children when he was a young boy, or seeing him and his brothers and sisters at the market. But this was different.

When he left he was a nobody. Today, he was a genuine sensation.

Everyone in the synagogue held their breath when he stood up to take the scroll. It was time to read the scheduled passage in Isaiah on this particular Sabbath, but what might Jesus have to say about it? What new miracle might he do in their presence? Most were aware that he had a habit of healing on the Sabbath, even though many Jewish leaders felt it was controversial.

Jesus took the heavy scroll and unrolled it. There was no other sound in the room as Jesus read aloud these words:

“The spirit of the sovereign Lord is upon me to preach good news to the poor. He has sent me to proclaim freedom for the prisoners, and recovery of sight for the blind, to set the oppressed free, to proclaim the year of the Lord’s favor…”

Suddenly he stopped reading. The following section of that verse dealt with “the day of vengeance of our God”. Why had he left that part out?

Just as quietly, Jesus rolled the scroll back up and handed it to the attendant. Then, he turned and he sat back down.

Every eye was fastened on him now.

“Today,” Jesus said, “this scripture is fulfilled in your hearing.”

They gasped. It was true! He was the promised Messiah who was to come. Many began to whisper to one another, “Can it be?”, “Isn’t that Joseph’s son?” But then Jesus continued, adding, “Surely, you will all say to me, ‘Physician heal yourself!’ and you will demand of me, ‘Do here in your hometown what we heard you did in Capernaum.’ But no prophet is ever honored in his hometown.”

The murmuring stopped, but everyone’s gears were churning in their heads. What did he mean by this? What did this have to do with the year of the Lord’s favor? Did this mean he wasn’t going to do any miracles after all?

Jesus looked over the crowd and added something that sent them over the edge in a frenzy of anger and bloodthirsty wrath. Something so simple, and yet so infuriating that they rushed the stage and dragged him bodily by force out to the edge of a high cliff so they could throw him down onto the sharp rocks below. He said, “I assure you that there were many widows in Israel in Elijah’s time, when the sky was shut for three and a half years and there was a severe famine throughout the land. Yet Elijah was not sent to any of them, but to a widow in Zarephath in the region of Sidon. And there were many in Israel with leprosy in the time of Elisha the prophet, yet not one of them was cleansed—only Naaman the Syrian.”

What happened here? Why was this statement so insulting to these people? How could this simple statement of fact so enrage those who were gathered to cheer on their hometown hero?

Simply put, they wanted the blessing for themselves and they weren’t about to share it with “those people” who weren’t like themselves.

But what about the part where Jesus said they would call on him to heal himself? The prophecy that Jesus made to them that day was fulfilled a few years later. As he hung from the cross the religious leaders, the roman guards, and even the thief next to him on the cross all mocked him and dared him to save himself if he was truly the Christ. "He saved others, let him save himself," they would say.

On this particular day, Jesus did save himself from death and disappeared from their midst as they were about to throw him off the cliff. But, later, he would hang on that cross and call out “Father, forgive them. They know not what they do.”

What can you and I take away from this?

First, the idea that Jesus is for everyone, not only for us.
Second, that we must admit our spiritual poverty, our blindness, our bondage to sin if we are to receive the blessing of the Messiah that was promised in the scroll of Isaiah.

Remember, Jesus said that he was "anointed" to  “preach good news to the poor...to proclaim freedom for the prisoners, and recovery of sight for the blind, to set the oppressed free..."

We must humble ourselves and admit that we are the sick, and the blind, and the prisoner. If we do, Jesus will heal us and set us free.

As Jesus said, “It is not the healthy who need a doctor, but the sick. I have not come to call the righteous but the sinners to repentance.”

Email ThisBlogThis!Share to TwitterShare to FacebookShare to Pinterest
Labels: good news to the poor, luke 4, most dangerous sermon, the spirit of the sovereign lord is upon me, we are the blind

Of course the people then were just like us. We, too, tend to let traditions and expectations rule in our hearts. I wonder how often the Spirit of Christ says to us, 'This is the way. Walk in it', and we are reluctant because it's not a way we have walked before.