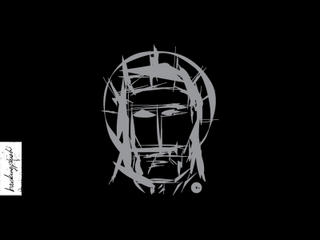 "I tell you the truth, anyone who has faith in me will do what I have been doing. He will do even greater things than these, because I am going to the father".
-John 14:12

Ok...as I read this, Jesus first says, (paraphrased)- "If you believe in me, you will DO what I have been doing." (This has nothing to do with miracles. It has to do with obedience to Jesus and discipleship/apprenticeship to Him..as evidenced in the verses just below this one where Jesus says, "If you love me, you will obey what I command.")

The next sentence says, (paraphrased)- "The one who is my disciple (following me in doing the works of compassion I have done) will do even greater things BECAUSE I AM GOING TO THE FATHER." (And because Jesus is going to the Father, He is sending us the Holy Spirit to live in us, teach us, speak to us and do the work of the Kingdom - see verse 16).

Here's a parallel concept to make it clear....A professional Indy 500 Race Car driver tells you, "If you do what I teach you, and learn what I have to show you, you'll be a better race car driver than I am one day."

You wouldn't expect to just jump in the Indy Car and qualify for the race would you? No, you'd spend the next few years learning from this guy about how to be the best race car driver you could possibly be. It wouldn't happen by "magic" or by "osmosis" but because you "had faith in" this driver and you actually did everything he told you to do.

That's my perspective on what Jesus means in this verse.

We don't magically become better than Jesus by some mystical transfer of Holy power.

Ask yourself this..."Would you expect to do even greater works than Jesus if you never even attempted to do the basic things that he did while he was here on Earth?" That's like someone who doesn't even have a learner's permit or a driver's license thinking they can grab the keys to that Indy Car and take off as a winning driver.
Posted by Keith Giles at 12:17 PM