Help: America Is Caught In A Feedback Loop 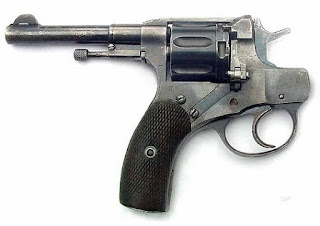 Another day, another mass shooting in America.

Once more, a white man with an assault rifle opens fire on innocent people.

Most people say there’s nothing we can do. Others insist that only our thoughts and prayers matter now.

Many Christians believe that the Second Amendment overrules the Sermon on the Mount. So, the next time a killer with a semi-automatic rifle enters a church he’ll be blown to smithereens by all the Jesus-loving Christians who keep a sidearm cocked and loaded in the shoulder holster under their Sunday best.

Just think, if the earliest Christians in the first century had only adopted this brilliant preemptive strategy, killers like Saul of Tarsus would have been slaughtered where they stood.

Not only would that have prevented the death our dear brother Stephen, it would also have prevented us from having to carry around such a thick New Testament text, since half of it would never have been written.

But, maybe there’s another way?

I know it sounds crazy, but hear me out for a minute.

There are about 175 million Christians here in the United States. So, if even half of us decided to love our neighbors and bless those who curse us and do good to those who hate us, maybe we could use this preemptive strategy to love people?

I know, it sounds kinda crazy to follow that Jesus guy. He was SO “first century”, ya know?

But, I once heard someone say that the definition of insanity was doing the same thing over and over again while expecting a different result.

Since almost no one has tried putting these Jesus ideas into practice lately, what do we have to lose?

Unfortunately, I think the answer to your question 'what have we got to lose?" is going to be 'our rights'.
I live in Australia, where gun control became stricter and a gun buy-back happened after 37 people were massacred at Port Arthur, Tasmania. There was a hue and cry about it, but it happened. Note how many mass shootings (of even more than one person) have happened since then. Note how many people in Australia walk around with a gun on their hip/shoulder in public (police and other law enforcement personnel only)
Now tell me that people in Australia don't feel safe because we don't have a loaded gun sitting nest to the bed or in my pocket, or in a hidden holster. Nobody I know subscribes to that theory. As far as I am aware, nobody I know even owns a gun (if they do, I don't know, because they don't flash it around, but keep it safely locked away).

Being nice as an antidote to hate is like progressives claiming that if we are nice to America hating Muslims, they won't hate us anymore.

Having said that, the household of faith is very week in the "love and good works" department. The system is self-ingratiating. Obeying Christ's instructions is not a hate and murder reduction plan, but a bringing glory to Christ plan.