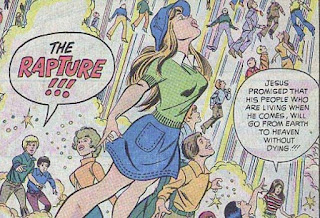 What if Jesus isn’t coming back soon?

For many Christians, the hope and promise of the imminent return of Christ is just about the only thing that sustains them on a daily basis.

They see the world becoming more secular and they experience great discomfort as the culture starts to become less “Christian” and more hostile to their worldview.

As a result, many of these Christians cling to the idea that Jesus will return any moment now to vindicate them, rescue them from this pagan culture and whisk them away to heaven where they will be much more comfortable and will never have to suffer the ungodly world they were born into any longer.

But, what if this isn’t going to happen? What then?

And if Jesus isn’t coming back soon, then what should we be doing now?

Keep in mind that for more than 2,000 years, every Christian who believed that Jesus was coming back soon was dead wrong.

Imagine how many Christians must have been convinced that Hitler was the fulfillment of the End Times prophecies they had read about in their Bibles? Or Stalin? Or Idi Amin?

But every single one of them was wrong.

I’m not trying to get you to doubt the return of Jesus. But I am asking you to consider what you should be doing now – right now – with your life and your witness.

If Jesus isn’t coming back today, or tomorrow, or anytime in the next 100 years, then you and I need to reconsider our calling.

This means we’re not supposed to sit around waiting for Jesus to come back and make it all better.

Instead, we have been given a mission. It’s this:

“All authority in heaven and on earth has been given to me. Therefore go and make disciples of all nations, baptizing them in the name of the Father and of the Son and of the Holy Spirit, and teaching them to obey everything I have commanded you. And surely I am with you always, to the very end of the age.” – Jesus [Matt. 28:18-20]

Jesus also gave us a warning about what would happen to those servants who are found asleep at the wheel when their master returns, and it isn’t pretty. [See Luke 12:47]

Here’s the hard truth: If the culture we live in is not becoming more like the Kingdom of God, that’s our fault. Those who do not know the Lord, as we do, are not responsible for living up to His standards. But we – the people of God, who know full well who the Lord Jesus is and what His plans for changing the world look like – are absolutely responsible for teaching people around us how to follow Jesus.

Our mission is to be an example of Jesus to those around us, and to put on display the manifold wisdom of God.

We are the ones who are called to love one another, and to love our enemies, and to bless those who curse us, and to put the teachings of Jesus into daily practice.

The whole point of all of this is to demonstrate that Jesus really is a better King than any other ruler on this planet. Our mission is to point people to another way of living and another code of ethics that rivals anything this world has to offer.

The good news is that if we are living this way and putting the teachings of Jesus into practice when He does eventually return, we won’t be ashamed at His appearing. We won’t have to make any excuses about why we were just waiting around for Him to come back and fix everything.

If Jesus returns tomorrow, may He find us busy and obedient to His commands to love and serve.

If Jesus doesn’t return, may we fully commit ourselves to making the most of the time we have been given to influence our world with the Gospel, and to reflect the glory of our risen King.

What do you want Him to say to you on that day? I know I want to hear:

“Well done, my good and faithful servant. Enter into the rest that is prepared for you, my son.”

Great point. I have felt it was possible Jesus could return within my lifetime. I'm 48 now and still believe it's possible. However I also couch that with a belief in the Scripture of the first Passover. Moses and the rest of the nation were told to eat the Passover meal hastily with sandals on their feet and staff in hand.

11 And thus you shall eat it: with a belt on your waist, your sandals on your feet, and your staff in your hand. So you shall eat it in haste. It is the Lord’s Passover. (Ex 12:11)

A picture of being ready to go isn't it? I think so. And so we should all be ready to go and yet not neglecting our witness to the world as you so rightly made the point. If we neglect our witness will we then find a place with Him or will we find that we have been cast into utter darkness because we only said we knew Him but didn't follow Him.

21 “Not everyone who says to Me, ‘Lord, Lord,’ shall enter the kingdom of heaven, but he who does the will of My Father in heaven. 22 Many will say to Me in that day, ‘Lord, Lord, have we not prophesied in Your name, cast out demons in Your name, and done many wonders in Your name?’ 23 And then I will declare to them, ‘I never knew you; depart from Me, you who practice lawlessness!’ (Mat. 7:21-23)

Its impossible for the rapture to be "postponed"...it is a set, appointed, pre-determined time on God's calendar. To suggest a postponement is to infer that God changed His mind for some reason or that events aren't proceeding as quickly as He expected. The Blessed Hope of the return of Christ is constantly present with believers, as it should be. The signs that Jesus foretold of His coming are much more evident on the world's stage today than they have been in the past. Its very easy to see now how advances in technology and the push for globalism are preparing for the coming of the Antichrist, among other signs. Be careful not to destroy the hope of believers as we anticipate the appearing of our Savior. It very well could happen in our lifetime.

God's chosen nation have there back to their savior and a sock of sorts in their mouths.
Watch out when they decide to remove the sock and they turn their face to their redeemer and call help us father, help us.