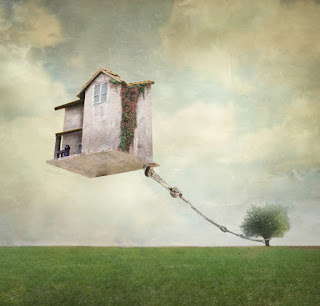 Over the weekend I had a strange dream.

I was in a small group of people and we were walking up a flight of stairs which opened up into a room at the corner of a wooden building.

From where I was sitting there were people on my left and on my right. The instructor was sitting directly across from me in the center of this open square.

As we sat down our instructor began to ask us to introduce ourselves one at a time. Each person was remarkably gifted and “special”. I began to realize that we were at a University and that this was a very unique program that was being funded through the Art Department, but we weren’t necessarily all artists. It felt more like a team of chosen and gifted individuals who each had a very special set of skills. Almost savant-level.

The person on my right was a visual prodigy. She had created these beautiful ceramic tiles that were cut into small tablets that were magnetized and displayed on a metal square. She communicated her thoughts and feelings by rearranging the tiles on the board, creating a beautiful work of art that transcended language.

The person on my left was wearing an elaborate musical device that was electronic and I knew he had created it himself. He also communicated and even related to others using music which he composed and performed at will.

There were other people in the room who were similarly gifted and unique. It felt almost like a secret team of super heroes who were assembled for a very specialized mission.

As the musical prodigy was talking, he handed me a device. It was like nothing I had ever seen before but I knew it was technologically advanced. That’s when I realized that I was in the future, and I had no way of replaying the message that was embedded on this device.

The instructor interrupted the young man and handed me another of these same devices. He told me it was very important for me to listen to it. I looked at a label along the side and it had the name “Geoffrey Chaucer” written across it.

Suddenly, I looked outside the window and I saw on the street below that a little black girl, maybe around 4 years old, was playing in the street. She was standing in the crosswalk but cars were speeding by her anyway and narrowly missing her.

An older woman walked by and asked if I knew where to find her son. He was one of the savants in our program so I escorted her back to the building and up a set of stairs to the room again.

When I got there the young man was still trying to explain who he was and what his gifting was. I sat down again at my seat.

Overall, the feeling of being in that room was very exciting. I honestly did not want to leave. It felt so good to be among these incredible people who were all so talented and gifted and interesting.

After I woke up and started trying to piece everything back together in my mind, I started to ask myself something that never occurred to me in the dream itself: Why was I in that room?

These were all gifted and talented people with amazing abilities, and then there was me. What was I there for?

One thought that came to me as I contemplated this question was this: My gifting was to see those children outside the building. They were in trouble. They needed someone to leave that beautiful meeting and rescue them from the dangers surrounding them.

I shared this dream with our house church family and a few of them thought that the meeting of special people stood for the Church. Some thought the group signified the Institutional Church which was too focused on itself to notice the people outside who were in need of their help. Others thought that the group was the Church in general which is highly specialized and called and gifted, but some gifts are for inside the Church, while others are needed outside.

As I shared the dream with our church family I started to notice the significance of the term “cross walk” which is where the children were playing and laying down. Were they protected by the “Cross Walk”? Was that a symbol of their protection? Or was it a symbol of their faith in something that couldn’t actually protect them – the way an actual crosswalk really is nothing more than a series of painted lines and can’t really stop a moving car.

I’m still not sure about that part.

If the “Arts” metaphor of the people in the room applies, then my “art” should have been writing, but at no time did I have a pen or a pencil or any paper in my hand. Nor did I have a computer to write with. In fact, I’m not sure I was there for any other reason than to observe this group as a guest.

I honestly have no idea about the futuristic device or why “Geoffery Chaucer” should have come up. [I hate Chaucer, for the record. Not sure if that’s significant].

So, any thoughts? Does this make any sense to anyone at all?

I know a few of you have spiritual gifts to interpret dreams, so, if that’s you I’d love to hear your thoughts.

Thanks!
Posted by Keith Giles at 2:51 AM

My initial impression is "don't try to read to much into a dream". Just like emotional experiences are subjective at best, I believe the same about dreams. I wouldn't try to extrapolate anything from them. Stick with trying to understand things that are at a conscious level, not subconscious.

God speaks to people in dreams. It's all through the Bible. I have had several, very direct words from God delivered through dreams, and one open vision which followed a particularly intense prophetic dream.

So, maybe the Lord doesn't communicate to you through dreams, but He certainly does with me.

I find it helpful to 'outline' the dream: what is the story flow? It goes from the presentations in the room, to your helping children unaware of the dangers surrounding them; back to the presentations, where someone is focused on getting others to see his giftedness. Someone tries to hand you the same gift as someone else did, with Chaucer's name on it.

I went to Wikipedia's article on him, to see his significance. The first 3 paragraphs make a few points that could be relevant, possibly based on why you dislike him.

You also mention 2 or 3 feelings you have during the dream, which could add depth to the interpretation, once you see the message of the story.

I also find revelations come at the conclusion of a season of preparation. So what God has been speaking with you about consistently recently is the context to interpret this message in.

Since I've been following your blog for a while I can see a possible interpretation. However, I think using the above ideas prayerfully will lead you there; and you'll have certainty about the interpretation because you meditated on it to the point it was ready to assimilate.