BLESSED ARE THE EUNUCHS 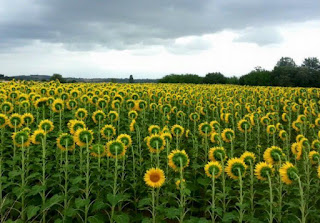 When God established rules for who could – and who could not – enter into or serve within the Tabernacle, and later the Temple of God, He made a curious prohibition against those who were castrated, or who “had their testicles crushed”. [See Lev. 21:20]

These people are more commonly referred to in the Scriptures as “eunuchs”.

Later, through the prophet Isaiah, God made these eunuchs a promise:

“Let not the eunuch say, “Behold, I am a dry tree.” For thus says the Lord: “To the eunuchs who keep my Sabbaths, who choose the things that please me and hold fast my covenant, I will give in my house and within my walls a monument and a name better than sons and daughters; I will give them an everlasting name that shall not be cut off.” [Isaiah 56:3-7]

This promise to give these people, who were formerly outcast, a place of honor in God’s House was never fulfilled under the Old Covenant.

So, was this promise left unfulfilled? Not at all.

When Jesus is responding to the Pharisees regarding divorce, his disciples throw up their hands in exasperation after hearing Him say that a man may not divorce his wife other than for the sin of adultery. They exclaim, “Why even get married, then?” To which Jesus replies:

Curiously, Jesus seems to make a statement that he realizes will be difficult for His disciples to wrap their minds around. “Tuck this one in your back pocket for now,” he seems to say. “This won’t make any sense to you now, but later on this concept will become more clear.”

What is a eunuch? Is it simply someone who has no interest in the opposite sex? Or in marriage? Is it someone who has no functional genitalia [as in Lev.21:20]? What is the difference between a eunuch who is “born that way” and those who are “made eunuchs by men” and “those who made themselves eunuchs for the Kingdom”?

Jesus bookends this statement with the warning: “Not all men can accept this. He who is able to accept this, let him accept it.”

Whatever a eunuch might be, we see that the promise made by Isaiah is still in effect. Jesus honors those who are eunuchs for the sake of the Kingdom. In the context of his dialog with the Pharisees and the Disciples, Jesus seems to place the emphasis on those eunuchs who choose not to marry – not to participate in the normative practices of the culture – but who instead devote themselves totally to the Gospel and the Kingdom of God.

Keep in mind that, in Jewish culture, a woman had no value apart from child-birth. A man without male children was a disgrace and most likely cursed by God. Even the “Chosen” status of the Children of Israel was tied to giving birth to the Messiah. How could anyone choose to disengage from that most natural and holy endeavors as being married and having children?

Who was the first non-Jewish convert baptized into the new Temple of God? A eunuch from Ethiopa. [See Acts 8:27]

When the evangelist Philip met this man he was reading from Isaiah 53:7-8. Imagine this eunuch’s surprise after his baptism when he, no doubt, continued on reading in the scroll and discovered the promise of God to him - and to every other eunuch - a few chapters later in Isaiah 56:3-7.

Who else has made themselves a eunuch for the Kingdom of God?

Well, Jesus, for one. He abandoned his identity as a potential husband or a father, in the natural sense, to embrace the title of Bridegroom for a people who would become his Bride through faith in Him.

Paul was also a “eunuch for the Kingdom” who remained celibate for the sake of the Gospel, and urged others to do the same:

What of those who embrace their natural identity and who become fathers and mothers, or husbands and wives? Those labels will vanish and fade away in the age to come:

“For in the resurrection they neither marry nor are given in marriage, but are like angels in heaven.” – Jesus [Matt. 22:30]

But for those who do embrace this calling to become eunuchs for the Kingdom, there is a promise that is eternal and that will never be taken away.

Jesus gives us three categories of eunuchs: Those who were “born that way”, those who “were made that way by men” and those who “are eunuchs for the sake of the Kingdom”.

Eunuchs who are “made that way by men” are undoubtedly those who were castrated. This tells us that the Ethiopian eunuch, and the eunuch who lived and served in the Temple [see 2 Kings 23:11] were both “born that way from their mother’s womb”.  How do we know this? Because if they had been “made that way by men” [i.e. “castrated”] then they wouldn’t have been admitted into the Temple, according to the prohibition commanded in Leviticus 21:20.

So, what does it mean to be someone who is a eunuch “from their mother’s womb”? Many believe that this would be a reference to what we would call someone with a same-sex attraction. Why? Because these people did not exhibit what would have been seen as a “normative” sexual orientation. They were men without passion for women, and women without interest in taking a husband and bearing children as most women would be expected to do. At a minimum, these enuchs are “non-heterosexuals” who do not have any interest in fulfilling their culturally accepted gender roles.

The third category that Jesus mentions is someone for whom the expected sexual norms and usual gender roles do not apply. Furthermore, it is someone who has embraced a new identity in Christ to become a eunuch for the Kingdom.

This is what Jesus did. It’s what Paul the Apostle did and urged others to do.

What greater calling can there be than to become, like Jesus our Lord and the Apostle Paul, one of the eunuch’s for the sake of the Kingdom of God?

Granted, not everyone is “born this way” and few of us are “made this way by men”, but there are several who do not value traditional marriage as much as others do. There are hundreds, perhaps thousands, of Christians for whom the traditional role of husband or wife, or mother or father, is not an option. Whether by sexual attraction or by lack of opportunity, these men and women are on the outside of the cultural norms and sexual identities that our society has imposed upon them.

Rather than endure the shame that is often tied to this classification, these people are among an elite tribe of human beings who have been given a promise, and a monument, and an everlasting name that will be, in the House of God, one of honor and of high esteem. Our Lord Himself has identified with them and stands beside them as one who is on the outside of normative cultural expectations for gender and sexuality and identity.

I know that many who are Gay and Christian want nothing more than to find another person to share their life with. This is a common, human desire. My hope is to share another possibility that they might consider embracing – a promise from God to step into a place of exceptional service for their Lord and King.

As much as we might not want to believe it, celibacy is not a death sentence. For many in the Kingdom of God, it is a high calling and a position of great honor.

Is there anyone, today, who has abandoned their normative cultural – and natural – identity as a husband or a wife? If so, they may now embrace the example of Jesus and of Paul the Apostle who served as “eunuchs for the Kingdom” and experienced the promise of God through the prophet Isaiah to receive a “a monument and a name better than sons and daughters” and “an everlasting name that will not be cut off.”

*NOT A SIN?
*THE NEW SAMARITANS
*OUR MISSED OPPORTUNITY
*A LOVE THAT'S BETTER THAN SEX

What a great biblically sound article!

Man thats a new twist on the definition of eunchs