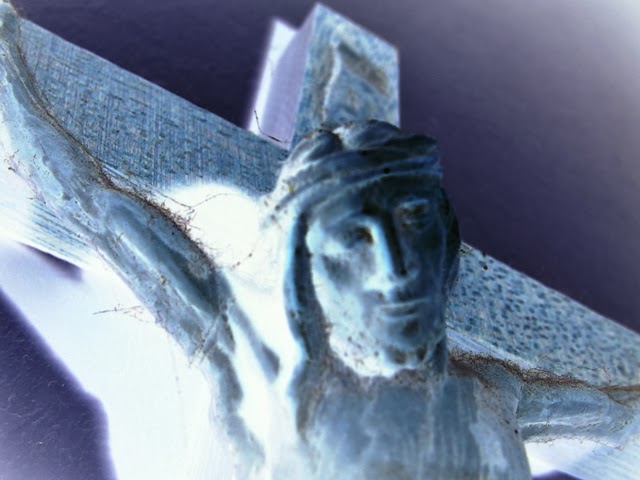 In what way am I a Christian if I do not follow Jesus?"Then he said to them all: "If anyone would come after me, he must deny himself and take up his cross daily and follow me." - Luke 9:23"Whoever claims to live in him must walk as Jesus did." - 1 John 2:6In what way am I following Jesus if I don't obey Jesus?"If anyone loves me, he will obey my teaching...he who does not love me will not obey my teaching." - John 14:23-24In what way do I obey Jesus if I don't serve others?"Now that I, your Lord and Teacher, have washed your feet, you also should wash one another's feet. I have set you an example that you should do as I have done for you. I tell you the truth, no servant is greater than his master, nor is a messenger greater than the one who sent him. Now that you know these things, you will be blessed if you do them." - John 13:14-17In what way do I love God if I don't love others?"If anyone says, "I love God," yet hates his brother, he is a liar. For anyone who does not love his brother, whom he has seen, cannot love God, whom he has not seen. And he has given us this command: Whoever loves God must also love his brother." - 1 John 4:20-21In what way do I love Jesus if I don't love the poor?"The King will reply, 'I tell you the truth, whatever you did for one of the least of these brothers of mine, you did for me.'" - Matthew 25:40In what way do I love the poor if I don't share what I have?"If anyone has material possessions and sees his brother in need but has no pity on him, how can the love of God be in him? Dear children, let us not love with words or tongue but with actions and in truth." - 1 John 3:17In what way am I saved if I don't know Jesus?"Now this is eternal life: that they may know you, the only true God, and Jesus Christ, whom you have sent" - John 17:3In what way do I know Jesus if I don't know God?"If you have seen me, you have seen the Father" - John 14:8-9In what way do I know God if I don't share with the poor?"He defended the cause of the poor and needy, and so all went well. Is that not what it means to know me?" - Jeremiah 22:16 (GOD, speaking of King Josiah)In what way is my church better than unbelieving pagans if we have no concern for the poor?"Now this is the sin of your sister Sodom: She and her daughters were arrogant, overfed and unconcerned; they did not help the poor and needy. They were proud and did detestable things before me. Therefore, I did away with them as you have seen."-Ezekiel 16:49

This, I can safely say, is not in the least bit contentious.....!
Though some might think so, eh?

How about an infantile way? Many times when Paul wrote to churches that were not acting like Jesus, he talked about spiritual maturity in exactly the same way that we would talk about physical maturity.

For example, in I Corinthians 3:1 he says, "Brothers and sisters, I could not address you as people who live by the Spirit but as people who are still worldly — mere infants in Christ."