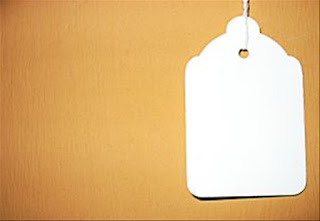 Last week I had lunch with my friend, Robert Higgins. Every Friday he and I spend an hour together and share lunch in his room at Fountain Care.

Robert is 78 years old. He has bone cancer. He is on Hospice Care now.

When I first met him he was homeless. The manager of the motel in Santa Ana where we've been serving introduced me to Robert. When Pete, the manager, called me on my cell phone about a year and a half ago he asked if our house church could help Robert get into one of the rooms at the motel on a regular basis. Robert was sick and, at the time, it was winter and a cold rain had settled over Orange County. Pete told me, "Keith, if I send him back out in this weather I'm afraid he won't live through the night."

So, we helped Robert to get into the motel room. I visited him now and again to check up on him and make sure he was taken care of. This was before we knew about his bone cancer.

Over the last year or so I've learned a little about Robert's life growing up. I've listened to him share stories about his own mistakes with his children and his marriage. I've watched him share about his failures and his regrets with tears in his eyes.

One thing about Robert that seems to keep recurring is his low self esteem. He's always talking to me about how he's not worth anything and how no one in his life ever saw much good in him.

Last Friday, as we shared lunch together, Robert made me laugh out loud. He was talking to me about his time on the street and how his other homeless friends would chide him for not carrying a sign - "Homeless. Will work for food." Robert refused. "They told me I needed to swallow some of my pride," he said. "I said, naw, naw, as long as I'm able to work I'm not gonna stand on a street corner and beg for money."

Robert said there was one time in his life when he did consider carrying a sign. "When I was really depresed and suicidal," he said, "I did think about making a sign and carrying it around that said, 'Homeless. Worthless. Please shoot me.'"

I confess that when Robert said that to me I laughed out loud. Actually, we both laughed pretty hard about that, but I knew what he was telling me came from a place of real pain in his heart.

Slowly, over the last several months, I've been able to encourage Robert about his worth. I've reminded him that God has placed a large group of people around him who really love him and value him. "It's like God has put a spotlight on you, Robert. People just seem to pick you out of the crowd and give you special attention," I said. Robert's eyes filled with tears and he nodded. "You're right," he said. "About the last year, once I met you and Pete, it's like you said, people seem to pick me out of the crowd and show me special attention."

I waited until Robert composed himself and then I said, "That's God showing you that He loves you, Robert. He's put all these people in your life to let you know He sees you and He loves you. He hasn't forgotten you."

Still, I know that Robert hasn't fully let go of his feelings of worthlessness yet. He's beginning to accept that his life has value, but there are still years of verbal abuse and manipulation for his heart to overcome.

When I was young I used to collect comic books. I would read them with gloves on and seal them in plastic bags to preserve their value. One day my Dad said something to me that I'll never forget. We were talking about how one of the comics I owned was valued at $200. He smiled and said, "Son, that comic is only worth $200 if you can find some chump who's got the money and is willing to give it to you."

It's true. It doesn't matter what price tag someone puts on an item. The real value of that item is in what someone is willing to pay for it.

"For you know that it was not with perishable things such as silver or gold that you were redeemed from the empty way of life handed down to you from your forefathers, but with the precious blood of Christ, a lamb without blemish or defect." - 1 Peter 1:18-19

What price was Jesus willing to pay for you to be with Him? How much worth do you have to Him? According to His Word, you are worth suffering for, and bleeding for, and dieing for.

In God's eyes, you are not worthless. You are not stupid. You are not a failure. You are precious beyond measure to the Creator of the Universe and He would rather die than be without you.

"How great is the love the Father has lavished on us, that we should be called children of God! And that is what we are!" - 1 John 3:1

Email ThisBlogThis!Share to TwitterShare to FacebookShare to Pinterest
Labels: compassion in action, Family of God, robert higgins, the love of Jesus

Keith, the point you make in this post is excellent and timely. And you're story about Robert is just plain beautiful.

Thank you for being an example of Christ to a man in need and for showing us of what God was willing to pay for us.