Torture Is Not Christian 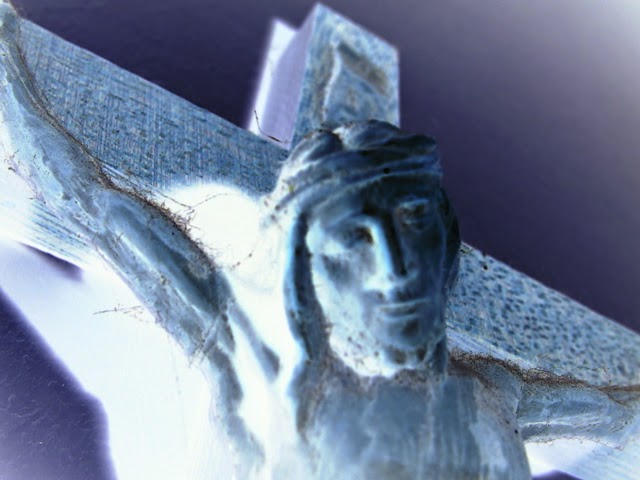 With the release of the CIA torture report this week, there have been numerous conversations among Christians about whether or not torture is something that Jesus would approve of.


Some have wisely pointed out that Jesus himself was a middle eastern insurgent who was arrested and tortured by the Empire for subversive actions. How then, could Jesus – or a follower of that same Jesus – approve of such behavior?


When it comes to torture, I would see it like this: There is “The Way of the World” and  “The Way of Christ.”


The Way of the World includes War, Torture, Politics, Violence, and displays of power exerted over others to achieve and succeed.


The Way of Christ includes, Love, Peace, Forgiveness, Mercy, Compassion, and displays of humility coming underneath others to bless and serve them and express the transformational love of Christ.


Either these two paths either run parallel – so that you can follow Christ and the World both at once – or these two paths run in opposite directions, and if so, you must forsake one to follow the other.


I believe Jesus taught that we cannot do both. We cannot serve both God and the World. To follow Christ we must “think again” (the root meaning of “repent”) and turn around and go in the opposite direction.


Those two paths are not parallel, they are in opposition to one another, and we who hope to follow Christ must turn around and walk in the opposite direction from the World to follow Christ.


Jesus did not come to sanctify or Christianize the ways of the World, he came to overthrow them and replace them and to show us a better way.


Every Christian is under this calling. Every follower of Jesus is expected to obey His commands. As Jesus emphasizes when he asks, “Why do you call me ‘Lord, Lord’ and do not do the things I say?” (Luke 6:46)


Do we call Jesus our Lord? If so, how can we do that and ignore His commands to love our enemies and do good to those who hate us?


Either we are following Jesus, and therefore we obey His commands, or we are not following Jesus and we are free to do whatever we think is right in our own eyes.


But we cannot call ourselves Christians – followers of Christ – and flat out deny His clear commands to love our enemies, or defend those who practice cruelty, violence and toture.
To love Jesus is to obey Him. Those who love Jesus obey and those who do not love Jesus do not obey Him. Jesus was the first to point this out. (See John 14:15-24)


C.S. Lewis, through the voice of Aslan, put it this way: “And if any man do a cruelty in my name, then, though he says the name Aslan, it is Tash (Satan) whom he serves.” (The Last Battle)


Choose you this day whom you shall serve. As for me and my house, we shall serve – and follow – the Way of Christ.

I am with you all the way--I do not chose anything--except to give that over to Him so He can express His own glory using me.

Totally agree Keith. Sadly this poll shows that atheists (see the no religion group) have a more biblical view on torture than Protestants (either evangelical and non-evangelical). So very sad.

Isn't hell going to be torture? Has not God given the government the power of the sword to pursue justice? I read the San Jose Mercury News article on what the torture was. Compared to what the rest of the world knows torture is, this was mild. Compared to what atheists do to millions of unborn children in the womb this is mild. To graphically link this to the death of Christ is in accurate.