The Gospel According to Philip K. Dick 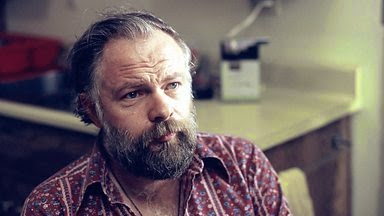 In case you don’t know, Philip K. Dick (PKD) is one of the most prolific and unique science fiction authors of the 20th century. He's also one of my favorite authors of all time. His novels (36 of them) and short stories (121 of those) explore philosophical themes and metaphysical concepts including the nature of reality, and the questions of sanity, perception, identity and spirituality.

Several of his novels have been made into films since his death in 1982. Most notably, “Do Androids Dream of Electric Sheep?”, (which became the basis for the film “Blade Runner”), and “Minority Report”, as well as “A Scanner Darkly”, "Adjustment Bureau" and “Total Recall”. However, his body of work has yet to be fully discovered by Hollywood just yet, and that is fine with me seeing as most of his ideas have been ruined by film and not particularly enhanced by it.

As a resident of Orange County, California, I am also interested in the fact that PKD lived and died here. His novels include streets and restaurants that I am familiar with. The library near my house includes several first editions of his books with authographs on the inside front cover. This is the very place that PKD lived his life and wrote most of his stories.

I recently read (and reviewed) his book “Radio Free Albemuth” which was discovered and published after his death. In the book, Dick incorporates many of his own spiritual, political and philosophical views into the story, even going so far as to include his own personal experiences as well.

The book is about PKD himself as a main character and also a fictitious person named Nicholas Brady who begins receiving messages and visions from a being who may, or may not, be God Himself.

At one point near the end of the book, PKD encounters a former pastor while he is imprisoned for crimes against the fascist dictator of America. The pastor, Leon, and PKD engage in a dialog about several of their friends who have died and entered a better, spiritual reality.

“Did believing that, about a heavenly father, get them anywhere?” Leon asked presently.

“Then I’m going to tell you something you maybe don’t want to hear. If your friends were here I’d tell them too. It’s not worth it, Phil. It has to be in this world.” Leon nodded firmly, his lined face hard. Hard with experience.

“They gained immortality,” I said. “It was conferred on them, for what they did, or even what they tried to do, and failed to do. They exist now, my friends do. They always will.”

“Even though you can’t see them.”

Leon said, “There has to be something here first, Phil. The other world is not enough.”

I could think of nothing to say: I felt broken and feeble, my arguments used up during all that had happened to me. I was unable to answer.

“I—“ I began. He was right and I knew it.
Later on Leon concludes this conversation by saying:

“I’m sorry,” Leon said. “I can see you loved your two friends and you miss them, and maybe they’re flying around somewhere in the sky, zipping here and there and being spirits, and happy. But you and I and three billion other people are not, and until it changes here it won’t be enough, Phil; not enough. Despite the supreme heavenly father. He has to do something for us here, and that’s the truth. If you believe in the truth…well, Phil, that’s the truth. The harsh, unpleasant truth.”

If even a sci-fi writer in Orange County, California can see the Kingdom and understand that it must happen here or it doesn’t matter, then perhaps there’s hope for the people of God to get it too?

“…thy Kingdom come, thy will be done, on Earth as it is in Heaven..”

The Church, the Body of Christ, the ambassadors of Jesus, the citizens of the Kingdom, must become agents of change in this world, in their own neighborhoods, in their actual workplace, so that people can see the love that defies logic and the peace that passes understanding. The followers of Jesus must not only proclaim the Gospel of the Kingdom, they must (like Jesus) demonstrate the compassion of God for the poor, the broken, the outcast, the lonely, and the marginalized.

“Blessed are the drugged out, poverty-level science fiction writers in Orange County, California, for they shall see the Kingdom of God and publish it in their writings for people to read long after they are dead.” – kg
*Originally posted on April 29, 2009
Posted by Keith Giles at 2:38 PM

Email ThisBlogThis!Share to TwitterShare to FacebookShare to Pinterest
Labels: philip k. dick, THE GOSPEL OF THE KINGDOM

Keith, I loved that conversation between Leon and Phil, and that key question about what is the point of "believing". A few of my friends and I were just talking about this last night. It's that whole tension between "the gospel" soteriological, but also all the things that Jesus proclaimed as the the Kingdom of God. To me, I am often reminded of that verse in 1Co 4:20, that "the kingdom" is more than just things we talk about, or even what we "believe".

Secondly, your post also connects to me because it was "secular" literature that provides inspiration. It's another thing I am often thinking about and having conversations about. While reading Brian Zahnd's "A Farewell to Mars" book, I note how often Zahnd credits ideas he has been exposed to from people like Fyodor Dostoevsky. Zahnd writes about having a moment of epiphany because of a scene in Dostoevsky's "Demons". I think this is so important to talk about, because while I fully realize The Bible as God's Word, I also see God speaking to humanity in so many other ways. I could probably learn a great deal about God from PKD, just as I have from other "secular" minds. Christians hurt themselves unnecessarily when they create strict boundaries of "us" and "them, and limit themselves to a very narrow subculture of ideas.

Now, I know there is a difference between humanity reflecting "the image of God" universally, and believers reflecting the glory of Christ. I'd love to hear from you how much of a distinguishing line that is, or how that blurs.

good point--we have our eternal destination all set in Christ but what do we do with our earthly lives in the meantime? well we are his agents to represent him in this world--so we submit ourselves to him for guidance and he uses us to fulfill his purposes.